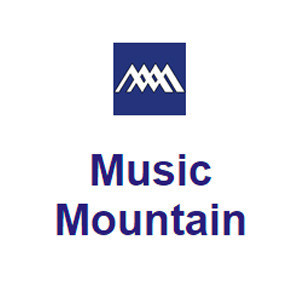 The Twilight Series, on Saturdays at 5pm, continues in July with traditional jazz, from the swing era and the music of Benny Goodman to New Orleans jazz, gospel and blues, with Jive by Five, the Peter and Will Anderson Quartet, New Black Eagle Jazz Band and Swingtime Big Band.

Concerts take place in the beautiful 355-seat Gordon Hall, whose vaulted wood beams and exquisite sound have been bringing artists and audiences back to Music Mountain, season after season, for many decades.

Marking 90 continuous years of presenting outstanding artists and beloved repertoire in an intimate and bucolic setting, Music Mountain is now the oldest running chamber music series in the nation.  An exhibit about its sweeping 90-year history, sponsored by The Salisbury Association, is on display through the end of July at the Academy Building, 24 Main Street, in Salisbury.

Music Mountain is located in Falls Village, in northwest Connecticut, just south of the Berkshires. Concerts continue through September 22.

For a complete schedule, visit https://www.musicmountain.org/upcoming-concerts

SATURDAY, JULY 6, 5PM
Jive by Five
The sizzling dance music of the jazz age: from the Charleston to the Two-Step and the Fox Trot.

Internationally recognized as one of the world's finest quartets, the American String Quartet has spent decades honing the luxurious sound for which it is famous. The Quartet celebrates its 45th anniversary in 2019, and, in its years of touring, has performed in all fifty states and has appeared in the most important concert halls worldwide. The group's presentations of the complete quartets of Beethoven, Schubert, Schoenberg, Bartok, and Mozart have won widespread critical acclaim.

Oskar Espina Ruiz has been described by the press as a “masterful soloist” (La Nación, Costa Rica) and a “highly expressive clarinetist” (Nevskoye Vremia, Russia) who “brings forth the notes with an energy that reaches down to one’s soul” (ABC, Paraguay). He has performed at major concert halls and festivals to high critical acclaim, including concerto performances at the Philharmonic Hall in St. Petersburg, Russia, and recitals at Carnegie’s Weill Hall in New York, the Corcoran Museum in Washington DC, the Pushkin Museum in Moscow, Oji Hall in Tokyo, the Madrid Royal Superior Conservatory, the Beijing and Shanghai Conservatories and Radio Television Hong Kong.

Celebrating their 31st anniversary, the Penderecki String Quartet began their career as winners of the Penderecki Prize at the National Chamber Music Competition in Łódz, Poland in 1986. Now based in Waterloo, Ontario where they have been Quartet-in-Residence at Wilfrid Laurier University since 1991, The Penderecki String Quartet has become one of the most celebrated chamber ensembles of their generation. The four Penderecki musicians (now originating from Poland, Canada, and USA) bring their varied yet collective experience to create performances that demonstrate their “remarkable range of technical excellence and emotional sweep” (Toronto, Globe and Mail).

Proclaimed "a phenomenon" by the Los Angeles Times and "one of the best pianists of his generation" by the Philadelphia Inquirer, Stewart Goodyear is an accomplished young pianist as a concerto soloist, chamber musician, recitalist and composer. Mr. Goodyear has performed with major orchestras of the world , including the Philadelphia Orchestra, New York Philharmonic, Chicago Symphony and Pittsburgh Symphony, among many others.

Distinguished by its virtuosic playing and impassioned interpretations, the Ariel Quartet has earned its glowing international reputation. Formed in Israel nearly twenty years ago when its members were middle-school students, the Quartet was recently awarded the prestigious Cleveland Quartet Award. The Ariel serves as the Faculty Quartet-in-Residence at the University of Cincinnati’s College-Conservatory of Music, where they direct the rigorous chamber music program and perform their own annual series of concerts in addition to their busy touring schedule.
Note: Alexandra Kazovsky, violin, will not appear at the concert due to the birth of her first child.

Born in St. Petersburg, Russia, Victoria Schwartzman (formerly Mazin) performs regularly as a soloist and chamber musician. Victoria has appeared at the Music Mountain Festival with the St. Petersburg String Quartet, in the New York Philharmonic Ensembles series at Merkin Hall, at Summit Music Festival with Dmitri Berlinsky, at Bargemusic, in the Gessner- Schocken concert series in Cambridge, WMP Concert Hall, and the Nicolas Roerich Museum concert series in New York City. As a member of the Yanvar Trio, she was a prizewinner in the Val-Tidone Chamber Music Competition and a finalist in the Zinotti International Chamber Music competition, both in Italy.

New York-based HARLEM QUARTET, currently serving a three-year residency at London’s Royal College of Music, has been praised for its “panache” by The New York Times and hailed in the Cincinnati Enquirer for “bringing a new attitude to classical music, one that is fresh, bracing and intelligent.” Critic Julian Haylock, reviewing a NAXOS recording of string quartets by Walter Piston, called Harlem Quartet a “formidable ensemble whose members play highly demanding scores with infectious vitality, breezy confidence and (most importantly) affectionate warmth.” Since its public debut at Carnegie Hall in 2006, the quartet has thrilled audiences in 47 states as well as in the U.K., France, Belgium, Brazil, Panama, Canada, Venezuela, and South Africa.

New York-based Canadian pianist Francine Kay has performed extensively as a soloist and chamber musician in Europe, North America, and Asia, at venues such as Carnegie Hall, Weill Recital Hall, Lincoln Center, Salle Gaveau, The National Gallery, and others. She has been soloist with orchestras including the Toronto Symphony, the Princeton Symphony, New York’s West Side Chamber Orchestra, the Manitoba Chamber Orchestra, and many others. Her recordings of piano works by Debussy, Ravel, and Satie, and chamber works with cellist Elizabeth Dolin, on the Analekta and Audio Ideas labels have received international acclaim, and her recording of the Debussy Preludes was nominated for a Juno Award and chosen as Disc of the Month by the German publication, Fono Forum.

For a complete listing of Music Mountain concerts through September 22, visit: http://www.musicmountain.org/upcoming-concerts

ABOUT MUSIC MOUNTAIN
Music Mountain’s primary mission is the performance and teaching of the string quartet. Founded in 1930, Music Mountain is the oldest continuous summer music festival in the United States. It all began as the unique vision of Jacques Gordon, the Chicago Symphony concertmaster from 1921-1930 and the founding first violinist of the Gordon String Quartet, one of the leading quartets of its time.

Nicholas Gordon, son of Jacques Gordon, led Music Mountain from 1974 until his death in 2017. Oskar Espina-Ruiz was appointed artistic director in 2016 and worked with Mr. Gordon for a year. Today, Mr. Espina-Ruiz and Music Mountain’s dedicated board of directors steer this national treasure. Our vision for the future is focused on the commitment to chamber music and the string quartet while expanding our educational, residency and concert programs providing a range of musical experiences to the community.

The buildings at Music Mountain form a well-designed community in the Colonial Revival style. They were built by Sears, Roebuck & Company’s pre-fabricated housing division and are listed on the National Register of Historic Places. The centerpiece of the Music Mountain campus is air-conditioned Gordon Hall, one of the great, intimate concert halls of this country. Designed to be the analogue of the violin with features mimicking the violin’s form and inner structure, the sound is robust, full bodied and resonant.