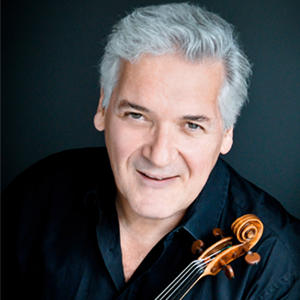 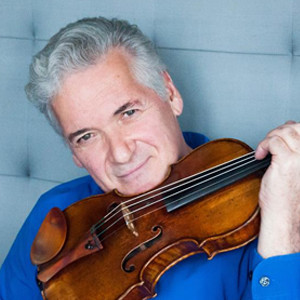 On June 27, 2019, Pinchas Zukerman, cellist Amanda Forsyth and the Adelaide Symphony Orchestra gave the world premiere of Israli composer, Avner Dorman’s Double Concerto for violin, cello, and orchestra. Co-commissioned by the Adelaide, Boston and The National Arts Centre Orchestras, this piece was written in celebration of Mr. Zukerman’s 70th birthday.  The American premiere will take place on August 3, 2019 with the Boston Symphony Orchestra at the Tanglewood Festival, followed by its Candadian premiere on November 27, 2019 with the National Arts Centre Orchestra in Ottawa.

As season 2019-2020 marks his eleventh season as Principal Guest Conductor of the Royal Philharmonic Orchestra in London and his fifth as Artist-in-Association with the Adelaide Symphony Orchestra, he leads the Royal Philharmonic Orchestra on two seven-city tours in the U.S. and in Spain, and brings the Adelaide Symphony to China.  In addition, he conducts and plays with the Boston Symphony Orchestra and the Dallas Symphony Orchestra.  As soloist, he embarks on a European tour with Zubin Mehta and the Vienna Philharmonic, performing the Elgar Violin Concerto, and appears with Lincoln, Prague, Kansas, and Madison Symphonies, Staatskapelle Berlin, Polish National Radio, Verbier Festival and Iris Orchestras, and Fort Wayne and Rhode Island Philharmonics.  In chamber music, Mr. Zukerman travels with the Zukerman Trio in South Africa, U.S. and Europe.

As this season celebrates Beethoven’s 250th anniversary, Mr. Zukerman partners with pianist Daniel Barenboim for a rare journey that features all ten Beethoven’s Sonatas for Violin and Piano at the Pierre Boulez Saal, dedicating this concert cycle to the memory of the great violinist Isaac Stern, who would have celebrated his 100th birthday in 2020.  In June 2020, Cadogan Hall in London hosts Pinchas Zukerman Summer Music Festival, a 5-day All-Beethoven event featuring a series of orchestral and chamber concerts with Mr. Zukerman and the Royal Philharmonic Orchestra, as well as other artists including cellist Amanda Forsyth, Zukerman Trio and the Jerusalem Quartet.

"The most distinctive aspect of Mr. Zukerman's playing, something that struck the ear right away, was his remarkable tone production. He is a total hedonist at heart, and without pressing or forcing his instrument he generated a warm, liquid sound that effortlessly filled the hall."— The New York Times