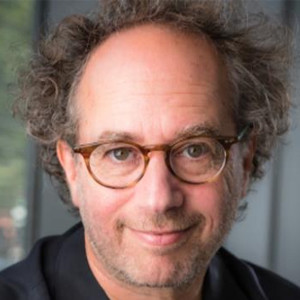 Following the staggering success of Tod Machover’s newest opera, Schoenberg in Hollywood, commissioned and presented by Boston Lyric Opera, Volksoper Wien has announced it will present the next production of the acclaimed opera from April 4-16, 2020.  Praised as “ingeniously original (Wall Street Journal), “a composer biography like no other” (The Boston Globe), “dark and brilliant” (Boston Classical Review), “musically eclectic...which Machover supplied with obvious enthusiasm” (New Criterion), Schoenberg in Hollywood  was inspired by the life of Austrian composer Arnold Schoenberg following his departure from Hitler’s Europe to Los Angeles in the 1930s.  The opera made its world premiere in Boston in November 2018.

“Schoenberg is a towering figure in music, a great visionary who incorporated so many things into his work that we are just beginning to understand its full impact,” Machover said. “I am intrigued with the idea of what happened when Schoenberg – the ultimate uncompromising futurist who was also a wonderful teacher and tinkerer - wound up in the center of L.A.’s film world. He struggled with how to combine art with entertainment, reflection with action, and tradition with revolution.”

Tod Machover is especially known for his visionary operas, which frequently incorporate groundbreaking technologies developed by Machover and the MIT Media Lab to expand the expressive potential of performance and staging and to bridge the gap between performers and audience. In addition to Schoenberg in Hollywood, Machover is also the composer of six other operas. VALIS (1987), based on the sci-fi classic by Philip K. Dick and commissioned by the Centre Georges Pompidou; magicians Penn & Teller premiered Machover’s 1994 opera Media/Medium in Las Vegas;  Brain Opera (1996/8), commissioned for the first Lincoln Center Festival and installed long-term at Vienna’s House of Music, and which allows an onsite and online audience to interact with – and help create -  the opera’s elements in real time; Resurrection (1999), based on Tolstoy’s final novel of the same name, commissioned by Houston Grand Opera; Skellig, premiered at the Sage Gateshead (UK), and is based on the children’s novel by David Almond, who also wrote the libretto; and the “robot opera” Death and the Powers premiered in Monaco at the Opéra de Monte-Carlo in 2010 and subsequently debuted in the United States in Chicago and Machover’s hometown, Boston; it was staged in 2014 by Dallas Opera in a production that was recorded for distribution on Blu-ray Disc, and was simulcast worldwide using specially developed technologies to allow viewers to interact with the performance onstage through handheld electronic devices. A CD recording of Death and the Powers will be released this year by BMOP Sound.

Tod Machover's innovative City Symphonies series - which includes symphonic works written for and with the cities of Toronto, Edinburgh, Perth (Australia), Lucerne (Switzerland), Detroit, and Philadelphia - enters new geographical and diplomatic territories over the coming seasons with Symphony for the Koreas, a groundbreaking new project in collaboration with citizens of North and South Korea. Through partnership with the Lindenbaum orchestra and festival, a South Korean organization dedicated to bringing peace to the Korean Peninsula through music, Machover and the MIT Media Lab’s Opera of the Future Group will welcome musicians from both Koreas to engage in long-term creative ventures—as well as live performances—of Symphony for the Koreas. The Lindenbaum organization has been granted unprecedented permission by the South Korean government to communicate and collaborate with the North Korean Government. It has also secured an MOU with the North Korean Ministry of Culture to hold a joint concert between the two Koreas. The final performance is expected to take place at or near the Korean Demilitarized Zone with a subsequent global tour. Machover’s City Symphonies utilize special technologies developed by the composer and his Opera of the Future team at the MIT Media Lab to allow people of all ages to contribute to and help shape the sonic backdrop of each symphony, using mobile apps. Future City Symphonies are also planned for Chennai (Madras), Boston and the 2020 World Expo in Dubai.

Recently, as a part of its important initiative to support the future of the string quartet, the globally-renowned Kronos Quartet performed the first public performance of Machover’s GAMMIFIED, through the expansive 50 for the Future: The Kronos Learning Repertoire commissioning and education project in partnership with Carnegie Hall and others. Utilizing cutting-edge research from the Massachusetts Institute of Technology’s Media Lab, the piece for string quartet and electronics features compositional-embedded Gamma frequencies, which have begun to show highly promising results for resynching the brain and promoting mental well-being, including the reversal of Alzheimer’s disease symptoms.