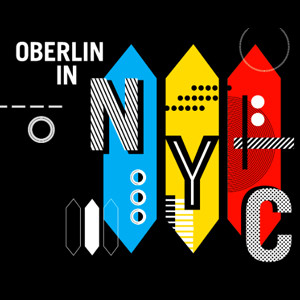 For the first time since 2013, musicians from the prestigious Oberlin College & Conservatory of Music come to New York in January 2019 performing diverse concerts in two of the city’s most celebrated venues.  Representing not only the exemplary standard of young artists who study at Oberlin, but the extensive range of opportunities offered to them while studying, these performances include both instrumentalists and vocalists in classical, contemporary, and jazz repertoire ranging from Debussy to 29-year-old Oberlin faculty composer Elizabeth Ogonek. These concerts include the debut of Oberlin’s new jazz ensemble initiated by jazz legend Sonny Rollins, made possible by a substantial gift to the conservatory from Mr. Rollins himself, and a large-scale performance with the full Oberlin Orchestra and Choir at Carnegie Hall. Tour website: https://www.oberlin.edu/oberlin-in-nyc

The Oberlin Conservatory Jazz Division celebrates their 30th anniversary in 2019 with the inaugural performance of the “Oberlin Sonny Rollins Jazz Ensemble” in two sets at Dizzy’s Club Coca-Cola. This outstanding group of conservatory student musicians was chosen through a rigorous audition and interview process and were selected in large part due to their exemplary commitment to serving humanity, via independent teaching and outreach initiatives, volunteering, mentoring, etc. Known as “The Sonny Ensemble,” and supported by a gift from legendary saxophonist Sonny Rollins made in 2017, Mr. Rollins’s charge to the students, in addition to musical excellence, is to give back to society in any way the students feel is meaningful.  The ensemble will be joined in their New York debut by award-winning jazz pianist and Oberlin Conservatory alumnus, Sullivan Fortner (‘08). Following their debut at Dizzy’s, the ensemble will perform a series of outreach concerts for several New York area schools and youth jazz programs.

The Oberlin College Choir and Oberlin Orchestra share the stage at Carnegie Hall’s Stern Auditorium. They will perform Stravinsky’s remarkably scored and infrequently performed Les Noces, a dramatic masterpiece depicting a Russian peasant wedding. The choir and four soloists, featuring two Oberlin students and two conservatory alumni, will sing the Russian text and perform in collaboration with four pianists and six percussionists. Tarik O’Regan’s three-movement Triptych scored for choir and percussion ensemble will follow. This work is a setting of numerous texts from Jewish, Islamic and Christian writers ranging from John Milton and William Blake to the Egyptian poet Muhammad Rajab Al-Bayoumi and Psalm 133. The second half of the program will focus on the orchestral repertoire of Debussy’s landmark symphonic work, La Mer, and the 2017 work All These Lighted Things, written by Oberlin Conservatory composition professor Elizabeth Ogonek and commissioned by the Chicago Symphony Orchestra. Oberlin Conservatory’s Carnegie performance is made possible in part through generous support from Steinway & Sons.

Ranked among the nation’s top liberal arts schools, Oberlin College is committed to rigorous academics, artistic and musical excellence, and social justice. Founded in 1833, Oberlin was the first institution of higher education in America to adopt a policy to admit students of color (1835) and the first to award bachelor’s degrees to women in a coeducational program (1841). Oberlin’s distinct history of challenging intellectual and social conventions shapes the student experience today, fostering strong bonds among a diverse community of bright and talented students from around the world. Oberlin’s combination of a leading liberal arts college and a world-class music conservatory creates an unparalleled learning environment.

Established in 1865, the Oberlin Conservatory of Music is recognized as one of the foremost professional training institutions in the world. It is the oldest continuously operating conservatory of music in America, the only major music school devoted primarily to the education of undergraduate musicians, and one of two institutions of higher education to have been awarded the National Medal of Arts.

Conservatory alumni and faculty have won countless Grammy Awards and international competitions and gained world-class stature as performers, conductors, composers, scholars, educators, and arts administrators. Graduates hold leadership positions and perform with major orchestras throughout the country, including Chicago, Boston, Atlanta, San Francisco, Cleveland, Philadelphia, the National Symphony, and the New York Philharmonic, and with distinguished opera companies such as the Lyric Opera of Chicago, the Metropolitan, Seattle, and San Francisco. Other alumni have pursued successful careers in jazz, chamber music, and the film industry. Many others teach in schools, colleges, universities, and conservatories, and Oberlin leads all undergraduate institutions in the number of graduates who go on to earn doctorates in music.

About Raphael Jimenez:
Born in Florida and raised in Venezuela, conductor Raphael Jiménez began his musical life as a violinist. While he was a member of the Simón Bolívar National Youth Orchestra of Venezuela, he was assigned his first conducting responsibility at the Venezuelan National System of Youth and Children’s Orchestras (El Sistema). He was soon conducting all the professional orchestras in the country and was appointed principal conductor of the Caracas National Ballet at age 22.

Praised for his “tightly wrought” and “stirring, vividly shaped” renditions (New York Times) and for his “delicious buoyancy and impeccable taste” (Washington Times), Jiménez is celebrated for his work with orchestras around the world, with recent engagements in Asia, Europe, Latin America, and the United States. As a ballet conductor, he has collaborated with several ballet companies, including recent performances with the New York City Ballet at Lincoln Center. He has also served as music director for opera productions with companies in Caracas, Venezuela, at the Teresa Carreño Center for the Performing Arts; Lubeck, Germany; and Palm Beach, Florida.

Equally comfortable on the podiums of professional and preprofessional ensembles, Jiménez is recognized for his deep commitment to education. The South Florida Sun-Sentinel wrote: “The [orchestra], conducted by Raphael Jiménez, played [with] a professional sheen rarely heard from student ensembles.”

Jiménez devotes great effort to the promotion of new music—especially works by Latin American composers—and he has been recognized for his diverse and eclectic programming. He has had the privilege of premiering numerous works, including the world premiere of and flowers pick themselves, featured on the eponymous recording.

He enjoys a very active career, including frequent invitations to conduct symphonic concerts, ballets, and opera productions to critical acclaim. Recent appearances include performances in China with the orchestras of Zhejiang and Guanxi; in Latin America with the symphony orchestras of Venezuela, Colombia, Peru, and Puerto Rico; and leading the opera orchestras of Lubeck in Germany and Palm Beach in Florida. He has also conducted the Simón Bolívar Symphony Orchestra, the Florida Orchestra, Orquesta Sinfónica Municipal de Caracas, Lansing Symphony, Battle Creek Symphony, and the Filene Center Symphony Orchestra in Washington, D.C.

About Gregory Ristow:
Gregory Ristow directs the Oberlin College Choir and Musical Union and teaches courses in vocal chamber music and conducting. He has conducted with the Indianapolis Chamber Orchestra, Houston's Foundation for Modern Music, the Voices chamber choir in Rochester, N.Y., as artistic director of Encore Vocal Arts in Indianapolis, and as assistant conductor of the Gregory Kunde Chorale in Rochester. He has sung with the Houston Chamber Choir and Houston’s Mercury Baroque, and has been called a performer with "star quality" who was "striking whenever he appeared on stage" (Indianapolis Examiner).

Ristow earned a Doctor of Musical Arts in Conducting at the Eastman School of Music, where he taught undergraduate and graduate conducting and was assistant conductor of the Eastman Chorale and the Eastman-Rochester Chorus. While at Eastman, Ristow received the TA Award for excellence in teaching and the Edward Curtis Peck Award for excellence in teaching by a graduate student. He earned a bachelor’s degree in music education at Oberlin Conservatory, master’s degrees in conducting and music theory pedagogy at the Eastman School of Music, a Dalcroze certificate at the Juilliard School (studying with Robert Abramson), and a Dalcroze license at the Longy School of Music (studying with Anne Farber and Lisa Parker). He has studied piano with Lydia Frumkin, harpsichord with William Porter, and voice with mezzo-soprano Kathryn Cowdrick.

In addition to his role at Oberlin, Ristow conducts the Interlochen Singers and teaches eurhythmics at the Interlochen Arts Camp. Previously, he served as director of choirs at the DePauw University School of Music (2011-15), the Rochester Institute of Technology (2009-11), and at Lone Star College-Montgomery (2004-09), where he received the 2008 Faculty Excellence Award.