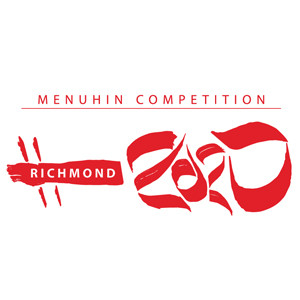 The London-based Menuhin Competition Trust has announced today that the next Menuhin Competition, to be held in Richmond, Virginia, is now accepting applications for the biennial event, which will take place from May 14-24, 2020.

The Competition has been characterized as the “Olympics of the Violin,” and for more than three decades has established itself as the world’s leading international violin competition for young violinists, with each new competition year accepting hundreds of applicants for 44 coveted spots.  Founded in 1983, the Menuhin Competition has served countless aspiring concert violinists as a major catalyst for initiating the trajectory from the very early days of their international solo and orchestral careers into household names.  Notable alumni include Ray Chen, Tasmin Little, Julia Fischer, Chad Hoopes, Nikolaj Szeps-Znaider, and Stephen Waarts. The application period for the Menuhin Competition Richmond 2020 closes on October 31, 2019 and welcomes all aspiring young violinists under the age of 22 to apply. Gordon Back, Artistic Director of the Menuhin Competition, says: “We are thrilled and honoured that Richmond is hosting the 2020 Menuhin Competition.  It will be a brilliant and innovative collaboration and promises to be an event of the highest artistic excellence.  We look forward to receiving applications from
young violinists across the globe.”

President of the Menuhin Trust, vice-chair of the Menuhin Competition Richmond 2020 jury, and acclaimed international violinist Joji Hattori states: “In 1983, I participated in the Junior section of the very first Menuhin Competition as a 14-year old violinist. I came back twice as a Senior competitor, in 1987 to win the 4th Prize and in 1989 to win the 1st Prize. Without any doubt, I can say that the first 2 competitions were more important for my life than the one I won, because the experience at the preceding competitions helped me improve so much as a musician, to be able to win the competition later. In 1987, I even found the teacher I would study with the following 2 years through fellow competitors at the Menuhin Competition. This educational competition provides a unique international forum and meeting place for violinists of all ages and nationalities. What I particularly like about this event is the fact that all jurors have to give performances which are attended by the competitors. This sends out the message to the young musicians that in music, we all are colleagues facing the exact same challenge of trying to master one of the most beautiful but difficult instruments. It is the duty of the jury to serve and help all of the incredibly talented participants, winners and non-winners alike!"

Hosted in Richmond, Virginia, 2020 marks the second iteration in which the Competition will be held in North America.  The most recent Competition took place in Geneva, Switzerland, garnering more than 300 applicants representing 51 nationalities and over 14 million livestreams and replay views of Competition events through digital channels.  Previous Competitions have taken place in London, Austin (TX), Beijing, Oslo, and Cardiff, each edition engaging a new set of local artistic partners, jury members, and contestants, thus reinventing itself by changing the landscape of the Competition’s culture.  "What I love most about the Menuhin Competition, is its incredibly positive attitude towards not only celebrating music, but welcoming and supporting a new generation of talent,” says international violinist, former Menuhin Competition winner and Menuhin Richmond 2020 juror, Ray Chen. “I am honored to be a part of this amazing organization, and most importantly, I can’t wait to hear and meet all of the participants!” The Competition is divided into Junior (15 and under) and Senior (ages 15-21) divisions, with each division accepting 22 applicants.  In 2020, the prizes are as follows:

In 2018, Richmond’s Mayor Levar Stoney led a delegation that traveled to Geneva to announce Richmond as the 2020 host city.  He has since stated: “We are excited to host the 2020 Menuhin Competition and welcome so many of the world’s most talented young violinists to our city. Richmond is a welcoming, inclusive and innovative city brimming with talent. We’re looking forward to sharing our culture, creativity and love of music with the rest of the world during this prestigious competition.”

Among America’s oldest major metropolitan areas, the vibrancy of Richmond-based arts and culture is deeply rooted in its appreciation for its history, celebration of Americana, and identity as a place for ideas, ingenuity, and inclusion to flourish.  The city’s burgeoning allure on the national and international landscape is largely the result of its creative communities making waves in the performing, fine, and culinary arts fields, against the backdrop of the city’s immeasurable historical value.

In addition to the vast international exposure and unique cultural and learning experience of participating in the most coveted competition offered to young violinists, contestants are offered a variety of invaluable opportunities during the eleven-day event. They have the chance to interact with fellow competitors as well as the distinguished roster of judges, each of whom lead masterclasses and offer feedback to the violinists regardless of their advancement in the Competition.  In 2020, a jury representing the highest caliber of educational institutions, orchestras, and competition circuits come together in Richmond and comprise: violinist Pamela Frank (Chair), violinist and conductor Joji Hattori (Vice-Chair), violinist Noah Bendix-Balgley, violinist Ray Chen, violinist and entrepreneurAaron Dworkin, violinist Ning Feng, cellist Ralph Kirshbaum, pianist Anton Nel, andviolinist Soyoung Yoon. “The Menuhin Competition is special for many reasons – it’s an inspiring event because it’s more like a festival than a ‘contest’ and it’s ultimately a celebration of the violin,” remarks Jury Chair Pamela Frank.  “I think the participants feel they’re able to experience the sheer joy of violin playing whilst expressing themselves, which reminds us all that the real winner is the music. It’s a friendly place and inspiring for all musicians to be a part of it.”

The Menuhin Competition Richmond 2020 will engage the local communities in Richmond and the Commonwealth of Virginia through its direct artistic partnerships with major local organizations, including the Richmond Symphony - which hosts the Senior Finals and Closing Gala as part of its subscription series - as well as the City of Richmond, Community Idea Stations (WCVE), University of Richmond, and Virginia Commonwealth University (VCU).  Communities in the region will have the opportunity to actively share in the Richmond 2020 experience as volunteers, audience members, supporters, and patrons, and also, to instill a sense of city pride by introducing the world to Richmond.

About the Menuhin Competition Trust:
The Menuhin Competition is the world’s leading international competition for young violinists, held every two years in a different city (most recently in Geneva in 2018, London in 2016, Austin, Texas in 2014, Beijing in 2012 and Oslo in 2010). Founded by Yehudi Menuhin in 1983 the Competition attracts hundreds of entries from over 40 countries, choosing only 44 of the world’s very best young violinists to participate. The Competition discovers, encourages and nurtures exceptionally talented young musicians from all corners of the globe under the age of 22 to develop into the next generation of great artists.