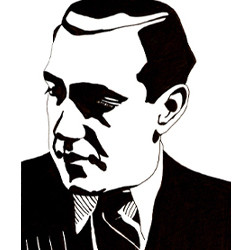 Following the unprecedented success of the previous Piatigorsky International Cello Festival in 2016, which welcomed more than 5,300 Festival attendees, the University of Southern California Thornton School of Music and the Los Angeles Philharmonic have announced the third iteration of this truly unparalleled, 10-day, 42-event Festival, will take place from March 13-22, 2020 in Los Angeles, California.  Bringing together masters of the cello and young cellists from around the world, this remarkable celebration of the cello, its music and musicians will present more than 30 renowned international artists representing 15 countries and four continents.  The Festival will also feature the world premieres of several newly commissioned compositions.

This year, the Festival presents a new music series, the Bach Series.  Each of the six programs features one of the Bach Cello Suites to be performed by a different Festival artist.  The Festival’s Lunch Series recitals provide an exciting diversity of works ranging from contemporary compositions, hidden gems, and beloved masterpieces.  In addition to these daily performances, Festival days are saturated with invaluable opportunities for audiences and young artists to interact with each other and with the resident artists via masterclasses, lectures, workshops, and forums.

“Yet the Piatigorsky Festival—a ten-day affair, divided between the University of Southern California and Disney Hall—was not the place to muse on the cello’s reputation for solemnity,” wrote New Yorker following the 2016 Festival. “A try-anything atmosphere prevailed, with a hint of late-night collegiate shenanigans sneaking in. Cellists sang, shouted, and banged gongs during performances. The renegade Italian cellist-composer Giovanni Sollima led exercises in improvisation, from Baroque styles to avant-garde noise-making. The repertory ran the gamut from Gesualdo (the SAKURA cello quintet arranged his madrigals) to Radiohead (Matt Haimovitz and Christopher O’Riley played the band’s “Pyramid Song”). The festival seemed intent on maximizing that familiar sense of the cello’s humanness: in every imaginable way, the instrument became a proxy for the person behind it.”

The Festival's roster includes some of the world’s most celebrated cellists - Mischa Maisky, Steven Isserlis, Jean-Guihen Queyras, David Geringas, Frans Helmerson, Giovanni Sollima, and Raphael Wallfisch, among others – some of whom carry on Piatigorsky’s legacy as his former pupils.  “The PICF programme reads like a ‘Who’s Who’ of the cello world,” stated International Arts Manager at the previous Festival 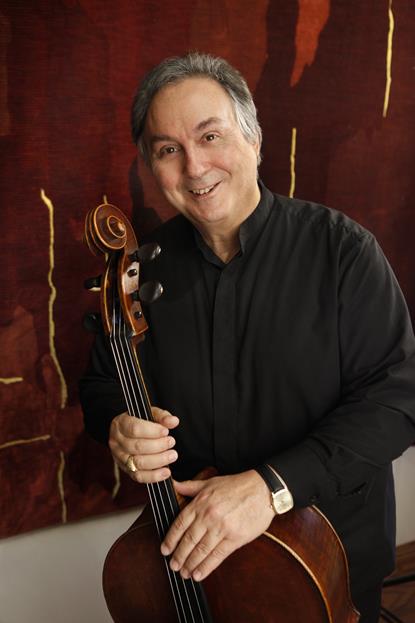 Artistic Director and acclaimed cellist and pedagogue Ralph Kirshbaum, the Gregor Piatigorsky Chair in Violoncello at USC Thornton and Chair of the Strings Department, leads the Piatigorsky International Cello Festival, named in honor of the legendary cellist, Gregor Piatigorsky.  Piatigorsky, truly one of the legends of the cello and master of both performance and teaching, spent a period of incredible dynamism in the cultural life of Los Angeles when he settled there in the final years of his luminous international career.  Piatigorsky taught at the University of Southern California from 1962 until his death in 1976.  USC supports the Festival through Visions and Voices, a university-wide arts and humanities initiative which began in 2006.  Emphasizing the university’s commitment to interdisciplinary approaches and a variety of academic and artistic topics, the initiative features a wide range of events throughout the year.

"The opportunity to connect with so many of my esteemed friends and colleagues in the cello world---bringing their musical thoughts and passions, as well as their remarkable artistry and creative energy, into the heart of the Festival planning process from the outset---is one of the great pleasures and blessings of my life in music. The support and commitment of the formidable administrative and operational team at USC Thornton, together with the unwavering support of our partners at the Los Angeles Philharmonic, enable us together to create an experience that has proven to enrich, inspire, and at best indelibly transform the lives of so many," remarks Artistic Director Ralph Kirshbaum.

In addition to the nearly three dozen accomplished cellists invited to perform and teach during the Festival will be the young cello students from around the world, who will be selected to participate in these masterclasses and workshops, all of which are conducted in a public forum setting.  The Festival includes a Young Cellists Workshop, and an Improvisation Workshop led by Giovanni Sollima.  “But perhaps the festival's most important lesson to the young obsessives, and one true to Piatigorsky's legacy, is that as much as the cello may be the center of a great cellist’s life, for musicians to express life, they have to live,” said the Los Angeles Times of the 2016 Festival.

In honor of the Festival’s namesake, a 2018 documentary film by Murray Grigor and Hamid Shams will be shown, after which a panel comprising Piatigorsky’s students will discuss his teaching and enduring musical influence.

Click below for snippet of Cellist: The Legacy of Gregor Piatigorsky

Uniting two of Los Angeles’s most treasured artistic institutions - USC Thornton School of Music and the Los Angeles Philharmonic - the 2020 Piatigorsky International Cello Festival aims to highlight the cello against the backdrop of one of the most culturally diverse and progressive metropolitan areas in North America. Simon Woods, CEO of LA Phil, states: “We are very pleased to once again be partnering with the USC Thornton School of Music to present the Piatigorsky International Cello Festival. Piatigorsky was an immensely important figure in Southern California’s musical community during his lifetime, and this festival is a wonderful celebration of his legacy as an artist and educator. We are especially excited to welcome so many new voices from around the world as part of the 2020 festival, and we can’t wait to fill Walt Disney Concert Hall with their collective sound!”

“Yet to focus on individual achievement, however laudable, may be to miss the festival’s larger point: its accumulation of talent and adventure in a fixed spot for a limited time—a cello Brigadoon, if you will. Comparing, say, Thomas Demenga, a Swiss of uncommon grace and probity, with David Geringas, a fierce and magnetic Lithuanian who studied under Mstislav Rostropovich, is to risk diminishing their abundant individual merits. And, indeed, to see both in performance at the festival (each also gave a master class) is to realize that the cello can easily accommodate a wealth of approaches. Some musical verities are unarguable, but the rest are subject to acts of persuasion. Mr. Kirshbaum’s festival afforded cellists and other music lovers the chance to consider many things—repertory, interpretation, pedagogy,” published the Wall Street Journal in May 2016

For more information about the Piatigorsky International Cello Festival, go to piatigorskyfestival.usc.edu

Pre-concert talk at 6:30PM on the Bach Suites presented by Jeffrey Solow