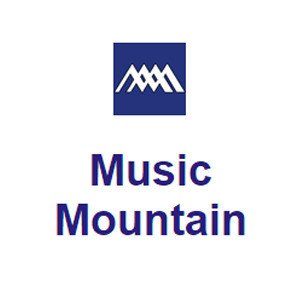 Also appearing in June to kick off the star-studded four-month festival are three outstanding quartets (the first of 14 string quartets to appear at this summer's festival): the Escher Quartet, Arianna Quartet and Cuarteto Latinamericano.

On June 15, the Twilight Series, which reflects the diversity and versatility of artistic programming at Music Mountain, opens with a vibrant performance of the Gabriel Alegria Afro-Peruvian Sextet.  The series continues in June with the inimitable New York Gilbert & Sullivan Players and the incomparable singer and pianist Steve Ross.

In anticipation of the festival, on Saturday afternoon June 1, Artistic and Executive Director of Music Mountain, Oskar Espina-Ruiz, will give a free talk at the Scoville Memorial Library exploring the music of Johannes Brahms with audio clips and brief explanations. He will also preview some of the nine performances at Music Mountain this summer that will feature the composer’s work, including the Clarinet Quintet in B Minor, which Espina-Ruiz will perform with the American String Quartet on July 7. Following Saturday's talk, the public is invited to a reception celebrating the opening of a new exhibit about the sweeping 90-year history of Music Mountain, sponsored by the Salisbury Academy and taking place at the Academy Building.  Details below.

Founded by Jacques Gordon in 1930 and directed by his son, Nicholas, for 45 years until his passing in 2017, Music Mountain is housed in the idyllic Falls Village community in Northern Connecticut, where the 355-seat Gordon Hall remains at the heart of the campus.  Called “an acoustical marvel” by Nick Gordon, Gordon Hall’s unique construction, made to mimic the curvature of the belly of a violin, has long been the pinnacle of Music Mountain’s stunning natural aesthetic.  “It’s an extraordinary place to hear a concert. It is both spiritual and beautiful,” said Mr. Gordon Jr.

SATURDAY, JUNE 1, 5 PM, FREE
PRE-FESTIVAL EXHIBIT OPENING: THE HISTORY OF MUSIC MOUNTAIN
Academy Building, 24 Main Street, Salisbury, CT
The public is invited to a reception celebrating the opening of a new exhibit about the sweeping 90-year history of Music Mountain. The exhibit continues through June and July. For more information, visit The Salisbury Association website or call 860-435-0566.

The Afro-Peruvian Sextet was established in 2005. The ensemble’s insistently inventive program of traditional Afro-Peruvian music transformed by Gabriel Alegría’s highly personal synthesis of folkloric Afro-Peruvian rhythms, jazz, and other musical strains has led to the band’s patented blend of deep scholarship and playfulness that conveys a vast knowledge of the music and, perhaps more importantly, transmits black music from coastal Perú as a way of life to its audiences. The Latin Jazz Network described the band in this way: “Every once in a while there comes a musician who, when playing his or her chosen instrument, seems to carry within a vital life-force that is irrepressible.”

The Escher String Quartet has received acclaim for its expressive, nuanced performances that combine unusual textural clarity with a rich, blended sound. A former BBC New Generation Artist, the quartet has performed at the BBC Proms at Cadogan Hall and is a regular guest at Wigmore Hall. In its home town of New York, the ensemble serves as Season Artists of The Chamber Music Society of Lincoln Center, where it has presented the complete Zemlinsky Quartets Cycle as well as being one of five quartets chosen to collaborate in a complete presentation of Beethoven’s string quartets. Last season, the quartet toured with CMS to China.

First prize winner of the 2010 Naumburg International Piano Competition and the 2004 Concert Artist Guild International Competition, Korean-American pianist Soyeon Kate Lee has been lauded by the New York Times as a pianist with "a huge, richly varied sound, a lively imagination and a firm sense of style," and by the Washington Post for her "stunning command of the keyboard.”

Cuarteto Latinoamericano, is one of the world's most renowned classical music ensembles, for more than thirty years the leading proponent of Latin American music for string quartet. Founded in Mexico in 1982, the Cuarteto has toured extensively throughout Europe, North and South America, Israel, China, Japan and New Zealand. They have premiered more than a hundred works written for them and they continue to introduce new and neglected composers to the genre. Winners of the 2012 and 2016 Latin Grammys for Best Classical Recordings, they have been recognized with the Mexican Music Critics Association Award and three times received Chamber Music America/ASCAP's "Most Adventurous Programming" Award.

The “Crown Prince of New York Cabaret” is what Steve Ross was dubbed many years ago. He hasn’t lost his title. In fact, the only change today would be dropping “New York.” In the past decade alone Steve has performed around the country and around the world in every kind of venue – from Rio de Janeiro to Sydney, from Carnegie Hall to Lincoln Center and from cabarets to theaters.

Ross says, “So many of the songs we sing are about love in some form or other; it’s the emotion we’re always trying to be reminded of most of all.”

Hailed for their outstanding musicianship, the Arianna String Quartet has firmly established itself as one of America’s finest chamber ensembles. Their performances have been praised for “tonal warmth, fastidious balance…expressive vitality” (Chicago Tribune) and “emotional commitment and fluent virtuosity,” (Pretoria News, South Africa). Formed in 1992, the ASQ garnered national attention by winning the Grand Prize in the Fischoff Chamber Music Competition, First Prize in both the Coleman and Carmel Chamber Music Competitions, and were Laureates in the Bordeaux International String Quartet Competition.

ABOUT MUSIC MOUNTAIN
Music Mountain’s primary mission is the performance and teaching of the string quartet. Founded in 1930, Music Mountain is the oldest continuous summer music festival in the United States. It all began as the unique vision of Jacques Gordon, the Chicago Symphony concertmaster from 1921-1930 and the founding first violinist of the Gordon String Quartet, one of the leading quartets of its time.

Nicholas Gordon, son of Jacques Gordon, led Music Mountain from 1974 until his death in 2017. Oskar Espina-Ruiz was appointed artistic director in 2016 and worked with Mr. Gordon for a year. Today, Mr. Espina-Ruiz and Music Mountain’s dedicated board of directors steer this national treasure. Our vision for the future is focused on the commitment to chamber music and the string quartet while expanding our educational, residency and concert programs providing a range of musical experiences to the community.

The buildings at Music Mountain form a well-designed community in the Colonial Revival style. They were built by Sears, Roebuck & Company’s pre-fabricated housing division and are listed on the National Register of Historic Places. The centerpiece of the Music Mountain campus is air-conditioned Gordon Hall, one of the great, intimate concert halls of this country. Designed to be the analogue of the violin with features mimicking the violin’s form and inner structure, the sound is robust, full bodied and resonant.

During the 2018-2019 season Oskar Espina-Ruiz is releasing a new album for clarinet and piano with pianist Victoria Schwartzman, featuring works by Spanish-Basque composers Arriaga, Isasi and Donostia. Other highlights of the season include premiering chamber music works by David Ludwig and Carolina Heredia, and working on a new clarinet concerto dedicated to him by composer Alfonso Fuentes, partially previewed at the Music Mountain Academy in 2018.

He has recorded for the Bridge, Kobaltone and Prion labels, receiving high critical acclaim by fellow clarinetists Richard Stoltzman and Charles Neidich for his solo recording “Julián Menéndez Rediscovered.” He has been described by the press as a “masterful soloist” and a “highly expressive” clarinetist. He holds a DMA from Stony Brook University, where his major teachers were Charles Neidich and Ayako Oshima.

Oskar Espina-Ruiz is artistic director of the Music Mountain Festival since 2016, and the Treetops Chamber Music Society since 2006, both in Connecticut. Since 2011, he is also clarinet artist faculty at the University of North Carolina School of the Arts, while keeping a busy concert schedule.