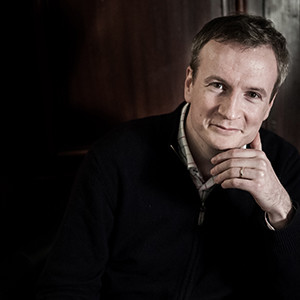 Congratulations to Garry Walker who was recently appointed Music Director of Opera North. Currently serving as Artistic Director of Conducting at the Royal Conservatoire of Scotland and Chief Conductor of the Staatsorchester Rheinische Philharmonie Koblenz, Walker made his debut with Opera North in 2016, conducting Britten’s Billy Budd followed by productions of Gianni Schicchi and The Rite of Spring. He opens Opera North's upcoming season in September with a production of Martinů’s The Greek Passio.

Of the appointment, Walker said: ‘I’m hugely honoured to become Music Director of Opera North, and excited to maintain and advance the already enormously high artistic standards achieved. It is an organisation I have a 20-year relationship with, and its warmth, inclusivity and genuine company ethos – something commented upon by so many visiting artists – is one of the key characteristics which has drawn me to Opera North over the years.

Opera is the ultimate team game, with so many individuals in so many differing disciplines coming together to contribute to the overall success of performances. I look forward to putting the music and the storytelling at the centre of what we do, and I hope to bring my energy and love for the dramatic power of opera to our audiences, both on and off the podium.’