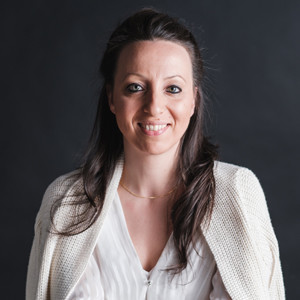 In the midst of this difficult time, the Richmond Symphony is pleased to share some very good news.

We are proud to announce the appointment of award-winning Italian conductor Valentina Peleggi as our next Music Director. Peleggi will begin her role on July 1, 2020, for an initial four-year period conducting at least ten weeks a season, making Peleggi our sixth Music Director, and first woman in that leadership role.

Peleggi's engagement comes after a two year search to replace former Music Director Steven Smith, who stepped down at the end of the 2018-19 season after a distinguished decade of service. The Search Committee, comprised of symphony musicians and board members, unanimously selected Peleggi after she spent two weeks with the Symphony in early March, garnering overwhelming support from the orchestra. Programmed repertoire included works by Respighi, Rossini, Clara Schumann, Tchaikovsky and Joan Tower.

Speaking to her appointment:
“The passion, enthusiasm and profound musical sensitivity of the musicians of the Richmond Symphony impressed me enormously from our very first rehearsal. Making music with these wonderful artists is truly a privilege!” said Peleggi. “I look forward to creating exciting new projects, sharing inspiring music with our community, and working with the Symphony’s staff and the orchestra’s innovative educational and choral programs. We will get through these challenging times as we focus on shaping and imagining the future together. I believe we will be a great team and I can't wait to call Richmond my new home.”

Valentina Peleggi
Described by the BBC Music Magazine as "rising star”, Peleggi has led orchestras from around the world, including the Royal Philharmonic Orchestra, BBC Orchestra of Wales, Norrkoping Symphony (Sweden), Orchestra della Toscana and Baltimore Symphony Orchestra, and will shortly release her first CD on Naxos.

Originally from Florence, Peleggi was the first Italian woman to enter the conducting program at the Royal Academy of Music in London, and was recently honoured with the title of Associate. Currently a Mackerras Fellow with the English National Opera and Guest Music Director with Theatro São Pedro in São Paulo, Brazil.

"The highlight of this performance, though, came from the pit. Conducted by Valentina Peleggi with immense energy and decisiveness, the ENO orchestra was on excellent form: deliciously pert in a fast, taut prelude; feather-light in the seguidilla; expansive, with beautifully sculpted woodwind solos in the atmospheric opening of act three – and constantly, minutely sensitive to the shifts of dramatic temperature on stage throughout."
The Guardian, January 2020

David Fisk, Executive Director, commented: “I am delighted that the Richmond Symphony has attracted Valentina Peleggi: her growing international reputation as one of the brightest talents of her generation makes her an exciting new addition to the American symphonic world. We look forward to her taking the orchestra to new heights, and to all we can do under her leadership to reinforce our commitment to making music - and music education - accessible to everyone, in the many communities we serve.”

Elisabeth Wollan, who led the Search Committee, commented: “Within hours of Ms. Peleggi’s first interaction with the Symphony, members of the search committee knew she was very special, and by the time of her Masterworks concerts, there was unanimous agreement that she was “the one.”  We have brought some wonderful and charismatic conductors to the stage this season, but Ms. Peleggi stands out as a superb and passionate leader who brings to the orchestra a remarkable depth of musicianship, a charming connection with audiences, and a deep respect for the RSO’s commitment to this community.  She is inspiring!  We cannot wait to welcome her to Richmond."

Interview opportunities with Valentina Peleggi are available, upon request.