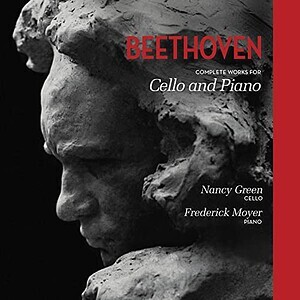 “. . . of the countless versions of these sonatas I’ve graced with favorable reviews, I believe that Green and Moyer’s account stands tallest among them . . . FIVE STARS. .”
– Fanfare (US)

“. . . a reading of Beethoven’s cello sonatas, which I count without hesitation as among the most exciting and best I know . . .Technical brilliance, committed interpretations, great interplay, a dynamic that always suits the works, and all this with a virtuosic, exciting style and great recording quality.”
– Pizzicato (Luxembourg)

“I approached this project with a deep sense of sacred responsibility.
It has been a monumental journey, at once inspiring and humbling. I hope listeners will carry the depth of this music’s insight and expression in their hearts and come to see it as a unique treasure from among the greatest works that western art music has to offer.”
– Nancy Green

“The Beethoven sonatas for piano and cello are really the pinnacle of the cello repertoire as far as profundity, variety of expression, and historical importance is concerned … [they] were the precursors of the modern cello sonata where parity between the cello and piano is forefront,” said Green.

The CD’s extensive liner notes are by one of the world’s foremost authorities on Beethoven’s cello sonatas, pianist and professor R. Larry Todd, co-author of Beethoven’s Cello: Five Revolutionary Sonatas and Their World (Boydell Press, October 2017). Green and Todd collaborated on a video, “Behind the Notes – Exploring the Beethoven Cello Sonatas,” to accompany both the book and the CD; the video intersperses Todd’s erudite but accessible commentary with Green and Todd playing the A Major Sonata (Op. 69).

Hailed by Fanfare Magazine as “one of the great cellists of our time,” Nancy Green is an internationally recognized recording artist. Green performed extensively in the United States, Europe, and the Far East and appeared as soloist in venues such as Boston’s Symphony Hall, New York’s Alice Tully Hall, the Kennedy Center in Washington, DC, Windsor Castle, and London’s Wigmore Hall, among others. During her touring years, she garnered rave reviews for both her performances and recordings. The Strad, reviewing a performance in Wigmore Hall, called Green’s playing "extraordinary” and noted the “depth of musicality and sheer beauty of performance.” International press reviews have likened her to great cellists such as Mstislav Rostropovich, Yo-Yo Ma, Leonard Rose, and Jacqueline du Pre.

In 2015, Nancy Green decided to leave behind the touring life – lived on concert stages around the world – and has since devoted herself exclusively to recording. She has garnered rave reviews for CDs featuring premieres as well as staples of the repertoire. Green’s recordings have been recognized in Strings Magazine (Editor’s Choice), MusicWeb International (CD of the Month), Fanfare - Critic’s Choice (Want List), and Classical Music Magazine (CD of the fortnight).

American Record Guide called the duo of Nancy Green and Frederick Moyer “some of the best chamber playing around.”  Beethoven’s Complete Works for Piano and Cello is the duo’s sixth recording; the first, a CD of music by Rachmaninov and Tchaikovsky for cello and piano, was also Green’s debut recording. Moyer began playing piano at the age of seven, and has spent 35 years as a full-time concert pianist and recording artist.

“Green’s powerful sound is matched but never overwhelmed by the piano.  Her tone is immaculate; light and lyrical in the delicate passages, yet full, rich and meaty as required.  It is no wonder she has been compared to such greats as Rostropovich, Yo-Yo Ma, Leonard Rose and Jacqueline du Pre. . . outstanding."
–WholeNote (Canada)

DISCOGRAPHY
Cellist Nancy Green
Nancy Green is committed to introducing important and worthy repertoire that deserves to be heard, but is largely undiscovered. This is reflected in her discography, which includes premieres of works never before recorded and the first complete collections of works for cello and piano by a number of individual composers.

FELIX MENDELSSOHN: THE COMPLETE WORKS FOR CELLO & PIANO (with pianist Larry Todd)
Includes a Bonus CD that features the world premiere recording of the Mendelssohn/Josef Merk Variations in A major, with the missing cello part reconstructed by R. Larry Todd. This collaborative effort by Mendelssohn and Merk was finished in Vienna in 1830. But only the piano part has survived. R. Larry Todd composed a cello part to recapture an approximation of the original variations, and to bring back to the musical world a significant work from Mendelssohn’s early career that has long remained forgotten. Also features two rarely heard pieces by Fanny Mendelssohn Hensel. (JRI Recordings J138)

PAUL DESENNE: JAGUAR SONGS - 21ST CENTURY CELLO
This is the world premiere recording of the solo cello piece "Jaguar Songs," by Venezuelan composer Paul Desenne. The CD also features several pieces for solo cello and for cello trio and quartet, which Green recorded with multi-tracked cello parts. It was selected as an Editor’s Choice in Strings. (Cello Classics CC1026)

CASTELNUOVO-TEDESCO: COMPLETE WORKS FOR CELLO AND PIANO (with pianist Frederick Moyer)
This CD is likely the first full collection of the composer’s works for cello and piano, certainly including works not often recorded or performed. (JRI Recordings J132 / Re-issued from Biddulph Recordings)

FERDINAND RIES: COMPLETE WORKS FOR CELLO AND PIANO, VOLUME 1 (with pianist Babette Hierholzer)
A collection of excellent but relatively unknown repertoire by a contemporary and close friend and student of Beethoven. The CD includes an early and a late sonata as well as the never-before-recorded virtuoso piece, Duo Concertante. (JRI Recordings J119)

ROBERT FUCHS: THE COMPLETE WORKS FOR CELLO AND PIANO (with pianist Caroline Palmer)
Green’s first CD was the premiere recording of The Complete Works of Robert Fuchs for cello and piano. Fuchs (1847-1927) was one of the few composers for whom Brahms had high praise. (Biddulph Recordings LAW005)

Other Recordings by Nancy Green 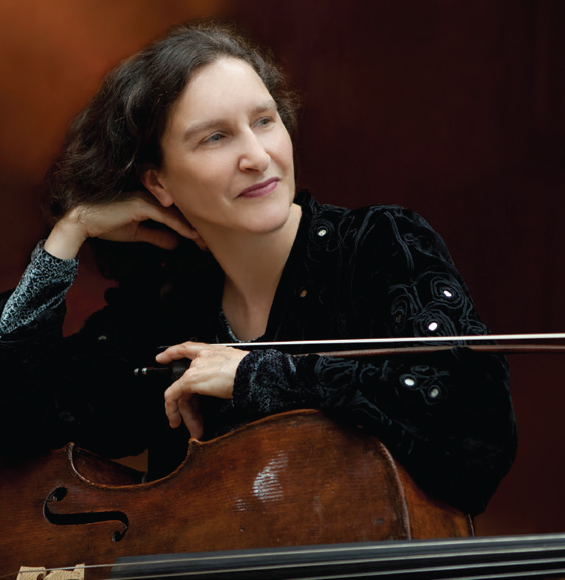 Hailed by Fanfare Magazine as “one of the great cellists of our time” and “in the elite of today’s concert cellists,” Nancy Green is an internationally recognized recording artist, known for her highly acclaimed CDs of previously unrecorded works as well as staples of the cello repertoire.  Her numerous CDs, which include many premieres, are broadcast frequently both in the United States and abroad and her performances have earned rave reviews internationally.  Her recordings on the JRI (USA), Cello Classics (UK), and Biddulph (UK) labels have been recognized by Fanfare Magazine (Want List), Strings Magazine (Editor’s Choice), MusicWeb International (CD of the Month), and Classical Music Magazine (CD of the fortnight). The Green/Moyer duo was called by American Record Guide “some of the best chamber playing around” and international press reviews have likened her to great cellists such as Mstislav Rostropovich, Yo-Yo Ma, Leonard Rose, and Jacqueline du Pre.

Green has performed extensively on the concert stage and for radio and television in the United States, Europe, and the Far East and appeared as soloist in venues such as Boston’s Symphony Hall, New York’s Alice Tully Hall, the Kennedy Center in Washington, DC, Windsor Castle, and London’s Wigmore Hall as well as major concert halls in Shanghai, Taipei and Seoul.

Nancy Green studied at the Juilliard School with Leonard Rose and Lynn Harrell and performed in the master classes of Mstislav Rostropovich. After receiving a Rockefeller grant for study in London with Jacqueline du Pre, she worked with Johannes Goritzki in Dusseldorf, Germany. She made her concerto debut in New York playing Dvorak concerto at Lincoln Center, was spotlighted as a Young Artist of the Year by Musical America and won prizes and awards including the Concert Artists Guild Award, which sponsored her first New York recital. In 1992 a minor planet was named in her honor by Spacewatch at Kitt Peak. Ms. Green has taught at the Guildhall School of Music and Drama (London, UK), Chethams School of Music (Manchester, UK), and the University of Arizona (Tucson, AZ, USA), and privately in England, Germany and the US. 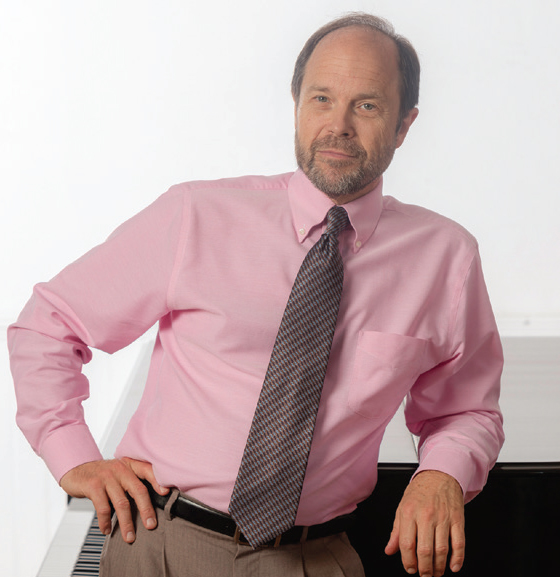 Frederick Moyer began studies at age seven with his mother Betsy. Subsequent teachers included Theodore Lettvin, Eleanor Sokoloff and Menahem Pressler of the Beaux Arts Trio. He attended Curtis Institute of Music and Indiana University. He has since established a career of over 35 years as a full-time concert pianist, performing in forty-three countries, in venues including Suntory Hall in Tokyo, Sydney Opera House, Windsor Castle, Carnegie Recital Hall, Tanglewood, and the Kennedy Center. He has appeared as piano soloist with most of the major orchestras of the United States as well as many orchestras of Europe, Asia, South America, Africa and Australia.

Moyer's far-reaching interests have allowed him to contribute to classical music in unique ways. An avid computer programmer, he often incorporates technology into his concerts. He performs note-for-note transcriptions of such jazz pianists as Oscar Peterson, Bill Evans and Erroll Garner, bringing this great American music onto classical music stages. In July 2009, Moyer and Dr. Paul Green unveiled an unfinished piano sonata by Robert Schumann, a find that was widely reported in the news media.

His many recordings comprise works by over thirty composers and reflect an affinity for a wide variety of styles. His CD of Clara Schumann's Piano Concerto was the first commercial recording of a large-scale Romantic work using an orchestra created from sampled sounds. His Mussorgsky/Mendelssohn CD was the first using the Bosendorfer 290 SE Recording Piano. Other recordings include David Ott's Second Piano Concerto with the London Symphony which was written for Moyer. Many other composers have written for Moyer including Pulitzer Prize winners George Walker and Ned Rorem, and Donal Fox whose Etudes of 2002-2006 were commissioned by the Guggenheim Foundation.