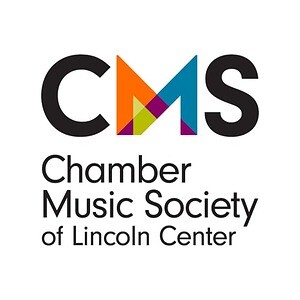 The Global Premiere of the Documentary Film

Outlets Around the World, including medici.tv, The Violin Channel, ALL ARTS, WQXR, WFMT and Tencent to Share the Documentary Film on Broadcast and Digital Platforms

To celebrate its 50th Anniversary, the Chamber Music Society of Lincoln Center presents the global premiere of the documentary film Transcending: The Chamber Music Society of Lincoln Center Celebrates 50 Years on September 10 at 7:00 pm EDT. The 53-minute film is introduced by stage and screen actor Annette Bening and premieres on September 10 at 7:00 pm EDT on www.chambermusicsociety.org/gala and on broadcast and digital platforms around the world.  “One of the reasons I love chamber music,” says Bening, is that it has the same power [as an ensemble acting] to reach audiences in the most intimate way.” The film explores the remarkable organization that has been, since its founding 50 years ago, a pioneering leader in producing chamber music at the highest level, supporting and nurturing artists performing this repertoire, and presenting concerts to the broadest possible audience around the globe.

On September 8 and 9, in the days leading up to the film’s premiere, The Violin Channel will present a two-day festival, “Celebrating 50 Years of the Chamber Music Society of Lincoln Center.” The festival will feature eight full-length concerts, two master classes and one lecture from the CMS archive, with introductions from Co-Artistic Directors David Finckel and Wu Han and additional content posted throughout the Festival. Find it at www.theviolinchannel.com.

In the spirit of collaboration and partnership that is at the core of chamber music, outlets around the world plan to participate in the 50th Anniversary celebration by sharing the film with their audiences on various broadcast and digital platforms. WQXR, New York City’s classical music station, plans to stream the premiere on its Facebook page and will also highlight CMS tracks on the air throughout the day to commemorate the anniversary. WFMT, Chicago’s classical music radio station, will stream the premiere on its website, www.wfmt.com. The ALL ARTS TV channel and streaming app will include the film in Season 2 of "In Concert With CMS" which premieres Sunday, October 4; more information at allarts.org/everywhere. Following its two-day festival, The Violin Channel will co-stream the premiere live on Facebook and at www.theviolinchannel.com. Tencent Art, the leading digital platform for art in China, will stream the film on its website, https://v.qq.com/channel/art, and make it available on Tencent Video APP & Internet TV. The world's leading classical music channel, medici.tv, is planning to share the film on its platforms.

The film provides an uplifting and entertaining narrative that communicates CMS’s importance not only as a chamber music producer and presenter, but also as a beacon for chamber musicians. The film touches on the organization’s beginnings, but more importantly, reveals the passionate commitment and vision of its current leaders. The huge range of initiatives CMS is currently undertaking in North America and globally, both live and in the digital space, include: commissioning new works; developing and supporting young musicians and young audiences; partnering with presenting and educational organizations; and creating a variety of media — films, TV shows, radio shows and online content — to bring chamber music to people all around the world. “But,” says Co-Artistic Director Wu Han, smiling like a proud parent, “It’s also about forming a community around this amazing art form.”

Wu Han is one of about a dozen musicians, administrators and board members who are interviewed throughout the film, and together, they provide not only an overview of the organization’s work, but insights into the people who make CMS what it is today.

Between and under the interviews are beautifully shot performance clips that reflect CMS’s wide-ranging programming. Executive Director Suzanne Davidson says that CMS was revolutionary when it was launched in 1969. “Before, what you had was mostly string quartets,” says Davidson, “and [CMS] was introducing a variety of ensembles in a way that had not been done before.” From the beginning, CMS presented a wide range of ensembles performing chamber music repertoire, and that variety is reflected in the film’s performance clips: many combinations of piano and strings, but also ensembles of various sizes that include musicians playing vibraphone, percussion, harpsichord, flute, guitar, mandolin, lute, clarinet, horn, oboe and voice. The performance clips throughout capture the energy and excitement of CMS performances – not only in New York’s Alice Tully Hall but also in venues and settings from CMS tours around the world, from a tobacco barn in Kentucky to ancient ruins in Greece to Beijing’s Forbidden City Concert Hall in China and many more.

The film showcases CMS’s tremendous investment in future generations of performing artists, chamber music entrepreneurs and audiences, including educational performances for children and lectures for adults; school programs that bring youngsters into the hall and artists into the schools; and the Bowers Program, the premiere chamber music residency in America, which brings top emerging professional artists into the CMS fold, where they rehearse, travel and play as equals with veteran, top-flight musicians. “You have exposure to all of these fabulous senior musicians,” says Bowers Program Alum and CMS artist Kristin Lee, “who care about you and who want to mentor you…and they really want to see you succeed.”

Since March, when the COVID pandemic shut down concert halls around the world, CMS has been digging into its extensive archive of more than 1,000 videos to curate series of online concerts. CMS is sharing the content across its own channels, and – through “CMS Front Row: National” – with chamber music venues and organizations around North America. Despite the pandemic, David Finckel remains optimistic. “Art has always survived,” he says. “It’s like grass coming up through concrete. It doesn’t matter how much concrete you put down, it’s going to come back. The music is immune to the virus.”

Transcending: The Chamber Music Society of Lincoln Center Celebrates 50 Years was created in partnership with the acclaimed team at Art Docs.

CMS Resident Lecturer and Director of Family Programs Bruce Adolphe explores beloved works of the chamber music repertoire, performed  in full by acclaimed CMS Artists. Adolphe introduces the music in each episode with his signature style – always entertaining and informative. A pre-recorded Q&A will follow each program, with Adolphe answering questions that were posed in response to the previous episode. New episodes will be released Wednesdays in September at 7:30pm EDT on the CMS website and will be available to view on demand for one week.

About The Chamber Music Society of Lincoln Center
The Chamber Music Society of Lincoln Center (CMS) is one of eleven constituents of the largest performing arts complex in the world, Lincoln Center for the Performing Arts, which includes the New York Philharmonic, New York City Ballet, Lincoln Center Theater, and The Metropolitan Opera. With its home in Lincoln Center's Alice Tully Hall, CMS is known for the extraordinary quality of its performances and its programming, and for setting the benchmark for chamber music worldwide. Through its many performance, education, recording, and broadcast activities, it brings the experience of great chamber music to more people than any other organization of its kind. Under the leadership of Co-Artistic Directors David Finckel and Wu Han, CMS presents a wide variety of concert series and educational events for listeners of all ages, appealing to both connoisseurs and newcomers. The performing artists constitute a revolving multi-generational and international roster of the world’s finest chamber musicians, enabling CMS to present chamber music of every instrumentation, style, and historical period. Annual activities include a full season in New York, as well as on national and international tours. CMS continues its leadership position in the digital arena, reaching hundreds of thousands of listeners around the globe each season with live streaming, more than 750 hours of performance and education videos free to the public on its website, a 52-week public radio series across the US, radio programming in Hong Kong and mainland China, appearances on American Public Media, the new monthly program In Concert with CMS on the ALL ARTS broadcast channel, and performances featured on Medici.tv, Tencent, and SiriusXM’s Symphony Hall channel

CMS digital initiatives are supported, in part, by The Hauser Foundation, MetLife Foundation, and the Sidney E. Frank Foundation.