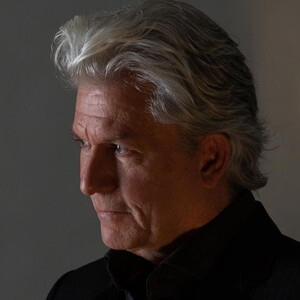 A native of Flensburg, Germany, and graduate of the Hamburg Conservatory and Juilliard School of Music, Andreas Delfs has established himself as a pre-eminent force in the classical music world and one of the finest conductors of his generation.  He has held chief artistic posts with orchestras in Europe and North America. At the age of 20, he became the youngest-ever Music Director of the Hamburg University Orchestra and Musical Assistant at the Hamburg State Opera. Throughout his 12 seasons as Musical Director of the Milwaukee Symphony Orchestra, Delfs drew larger audiences to Uihlein Hall, selling out a record 40 concerts there during the 2000-2001 Season. Delfs led the Saint Paul Chamber Orchestra as Music Director (2001-2004) and artistic consultant (2004-2006).

Delfs has conducted numerous world premieres and has close links with many of today’s composers. He counts among his profound musical inspirations musicians such as John Corigliano, Philip Glass, Roberto Sierra, and Hans Werner Henze. He is the frequent partner to many of the world’s most renowned solo artists, including André Watts, Emanuel Ax, Joshua Bell, Hilary Hahn, Yo Yo Ma, Lang Lang, and Renée Fleming.

He has an extensive discography, including all five of the Beethoven Piano Concertos; opera and choral works such as Hansel and Gretel, and the Mozart Requiem; and new works for the classical repertoire such as Roberto Sierra’s Missa Latina. His recent recording project is a series of recordings with the Aarhus Symphony for the DaCapo label. His recording of Poul Ruders's Handel Variations was nominated for “Album of the Year” (2018) by the Danish Radio.

Commenting on his appointment, Delfs said, “I have been in love with this remarkable orchestra for a long time. Every visit I have paid to my friends in this wonderful community has been a profound and rewarding musical experience. The prospect of leading this exceptional group of musicians into their next century is not only filling me with joy and gratitude, it is truly inspiring me to pull out all the stops at my creative and musical disposal. My goal has always been to position the orchestras entrusted to me soundly and solidly in their communities. I will work tirelessly with the outstanding musicians of the RPO to anchor their vibrant presence so deeply into the greater Rochester community that nobody will be able to imagine life without them. I look forward to leading your fabulous RPO in reaching out far beyond the walls of beautiful Kodak Hall to be a beacon bringing joy and inspiration to everybody.”

Over the past 25 years, Delfs has been a frequent guest conductor with the RPO and has a strong affinity with the organization. It is this established rapport which makes him a favorite collaborator with the orchestra.

RPO Concertmaster Juliana Athayde commented, “The musicians of the RPO are thrilled with the appointment of our new Music Director, Andreas Delfs! Working with him as a guest conductor over the years, the orchestra has already formed a special relationship with Maestro Delfs with many memorable performances. As we approach our centennial season, we are excited to have his artistic leadership as the guiding light for our great orchestra. Andreas comes to us with a storied career, nationally and internationally, and our community will benefit greatly from his selfless musicianship, palpable artistry and tireless advocacy for the arts. What a wonderful chapter for the RPO as we look to the future!”

Delfs is well known for delivering electrifying performances and artistic excellence. He is equally passionate about supporting young musicians and building deep community relationships. He dedicates a substantial part of his time to share his knowledge with young instrumentalists and conductors, at Boyer College (Temple University/Philadelphia) and in international Masterclasses. During his tenure as Music Director at the RPO, he plans to foster new local talent by making music and musical training available to children in the City of Rochester, regardless of their ability to pay for lessons or purchase instruments. “We need to create access to great music for everybody in our communities and shape our orchestras to be regarded as welcoming, inclusive and diverse by all,” said Delfs.

As Music Director of the RPO, Delfs’ leadership will include oversight of the Rochester Philharmonic Youth Orchestra and partnering with the Philharmonic’s Management on artistic planning, programming and music education activities.

A global search for a new Music Director was conducted in 2019, led by RPO Board member Betsy Rice and comprised of musicians, board, and staff, to find an exceptional artistic leader who would take the organization into its 2023-2024 centenary and beyond. Their search led them to Delfs -- a world-renowned conductor who is not only an exciting musician, but a true visionary.

Curt Long, the RPO’s President and CEO said, “When we began our search for a Music Director to lead the RPO though our centennial season and into our second century, it was our priority to find someone who would build on a legacy of artistic excellence by leading powerful and inspired performances that will thrill Rochester audiences for years to come, and also bring creative ideas about how we connect with and stay relevant to our changing community. We found that person in Andreas Delfs.”

Delfs joins the RPO at an unprecedented time in its history.  For the past year, the orchestra has navigated the impacts of the COVID-19 pandemic, presenting streaming concerts and connecting with audiences around the globe, virtually.

Ross Lanzafame, Chair of the RPO’s Board of Directors, said, “Unlike other orchestras which were forced to close during the pandemic, the RPO has explored new technology to remain a relevant and visible cultural entity in our community. We look forward working with Andreas to build and expand upon this foundation, moving into our next century incorporating technology to forge new and innovative connections with our community.”

Delfs and his wife, Amy, reside in Trumansburg, NY.

The challenges and uncertainty of the COVID-19 pandemic have derailed the Rochester Philharmonic Orchestra’s (RPO) current 2020-21 Season, which was originally planned as a farewell season for Ward Stare. Over the last several months, Stare and the RPO have navigated the pandemic with guidance from the CDC and the NYS Department of Health.  The recent surge in cases locally and nationwide increased the challenges the RPO faced in seeing through the final months of Stare’s tenure.  In the midst of this vastly different landscape, Stare determined that the best path forward for all concerned is to make the Music Director transition now - a few months earlier than originally planned.

“It has been a great honor to serve my beloved hometown these past 7 years as Music Director of the RPO,” said Ward Stare.  “I want to say a heartfelt thank you to the Rochester community for its strong support and enthusiasm during my tenure.  It has been an incredible privilege to give back to the city that gave me so much during my formative years.  While our exciting plans for my final season did not come to fruition, I am immensely proud of our accomplishments together.  We broadened our reach in the community through many new initiatives, expanded our repertoire to include more modern and American works (including several exciting world premieres), embraced technology as never before, saw multiple years of tremendous growth in ticket sales and made a wonderful recording together that garnered national and international praise.  We welcomed many fantastic new musicians into the RPO family – which will have a lasting impact on the quality of the ensemble.  Rochester deserves the best and, while challenging times certainly lie ahead, I am confident that the community will continue to support our great orchestra and it is my sincerest hope that the RPO will thrive for many years to come.  I wish Andreas Delfs and all my colleagues the very best as they begin a new chapter in the orchestra’s rich history.”

Curt Long shared, “Ward’s tenure brought much excitement to the RPO and the greater Rochester community. From the American Rapture recording project to a Grammy win and filling open musician chairs to bringing new life to this orchestra, Ward has left an indelible mark in Rochester. We are grateful for his artistic leadership and look forward to working with him in the future.”

ABOUT  ANDREAS DELFS
Over the course of his 35-year career, Andreas Delfs has earned a stellar reputation as one of the most respected conductors in the orchestra world. He is widely recognized as both a successful, hands-on orchestra builder and as an imaginative and inspiring music director. His passionate and dramatic interpretations of the late romantic repertoire with orchestras in both North America and Europe have drawn critical acclaim, reflecting a constantly evolving artistic maturity marked by the insight, depth and integrity he brings to the podium.

Andreas Delfs was educated in the finest conservatories of the old and the new world and mentored by great conductors; his approach to conducting has been forged by decades of experience. At the same time, his love of new music and his commitment to discovering and exploring fresh voices have led him to establish close relationships with many of today’s composers and to conduct numerous world premiere performances. Mr. Delfs counts among his profound musical inspirations composers and musicians who span many decades, including Hans Werner Henze, György Ligeti, Philip Glass and Roberto Sierra; he has partnered with many of the world’s most renowned solo artists, including André Watts, Emanuel Ax, Joshua Bell, Hilary Hahn, Yo-Yo Ma, Lang Lang and Renée Fleming.

Andreas Delfs has held chief artistic posts with several orchestras in both North America and Europe. As Music Director (1996-2009) and Conductor Laureate (2009-2015) of the Milwaukee Symphony Orchestra, Mr. Delfs was instrumental in the orchestra’s rise to national prominence. He also led the Saint Paul Chamber Orchestra as Music Director (2001-2004) and Artistic Consultant (2004 -2006). He served as General Music Director of Hanover, Germany (1995-2000), conducting the city’s renowned symphony orchestra and opera company. Prior to his time in Hanover, Mr. Delfs was Music Director of the Bern Opera; resident conductor of the Pittsburgh Symphony during the tenure of Lorin Maazel; and Music Director, at an early age, of the Orchestre Suisse des Jeunes.

Born in Flensburg, Germany, Andreas Delfs began studying piano and music theory at age 5. He studied with Christoph von Dohnányi and Aldo Ceccato at the Hamburg Conservatory. At 20, Mr. Delfs became the youngest-ever Music Director of the Hamburg University Orchestra and Musical Assistant at the Hamburg State Opera.  He enrolled at The Juilliard School; studied with Jorge Mester, Sixten Ehrling and Leonard Bernstein; and won the Bruno Walter Memorial Scholarship.

ABOUT THE RPO
The Rochester Philharmonic Orchestra (RPO) has been committed to enriching and inspiring our community through the art of music since its founding in 1922. The RPO presents approximately 150 concerts and broadcasts a year, serving up to 170,000 people through ticketed events, education and community engagement activities, and concerts in schools and community centers throughout the region. Music Director Ward Stare joins the ranks of former notable RPO music directors, including Eugene Goossens, José Iturbi, Erich Leinsdorf, David Zinman and Conductor Laureate Christopher Seaman. Principal Pops Conductor Jeff Tyzik, now in his 28th season, has earned a national reputation for excellence in pops programming during his tenure with the RPO. The RPO reaches more than 15,000 youth through its specific education programs.