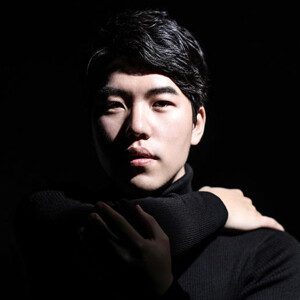 South Korean pianist Sae Yoon Chon, 26, is emerging as one of today’s most exciting young pianists. In addition to First Prize at DIPC, his other winning achievements include the Verbier Festival’s 2021 Tabor Foundation Award, the 2019 Orford Music Award’s Grand Prize, and Third Prize in Verbier’s 2019 Vendome Prize for Piano. He earned a full scholarship to the Glenn Gould School at the Royal Conservatory in Toronto, CA, where he was the recipient of the prestigious Ihnatowycz Prize in Piano, awarded to a piano student with exceptional potential. He is currently earning his Master of Music degree at Juilliard with Robert McDonald.

This year, Sae Yoon made his recital debut at the Seoul Arts Center in South Korea in April. He will also make a return visit to the Verbier Festival Soloist Academy this summer. He has performed recitals in Italy, beginning in 2018, and was invited back for additional appearances in both 2019 and 2020. He performed in Germany at the Gewandhaus in both Leipzig and Weimar as part of the Steinway Prizewinner Concert Series in 2019 and has future engagements in Germany planned for 2022. Sae Yun has also performed in the U.S., Canada and Spain, and appeared with orchestras including those of Cleveland, Hong Kong, and Valencia. Conductors with whom he has worked include Jahja Ling, Tania Miller, Bruno Aprea, John Morris Russell, Young-Min Park, Andrew Mogrelia, Erzhan Dautov, Ja Kyung Year and Denis Mastromonaco.

The Competition offers a generous prize fund and a prestigious list of engagements secured for the winner. These include debut concerts in London and New York as well as appearances at international festivals and concertos with leading orchestras. Many of the previous winners have gone on to have very successful careers.