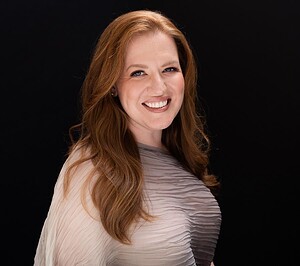 Mezzo-soprano Jennifer Johnson Cano, known for her commanding stage presence and profound artistry as both a singer and actress, performs in two new works in February and March. On February 17, she stars in the New York Premiere of Marc Neikrug's A Song By Mahler (which she premiered on the west coast last summer), presented by the Chamber Music Society of Lincoln Center (CMS). On March 18 and 20, she plays the role of Virginia Woolf in the world premiere of the concert version of Kevin Puts' The Hours with the Philadelphia Orchestra, alongside Renée Fleming, with Yannick Nézet-Séguin conducting.

"As the singer [in Neikrug's A Song by Mahler], the wonderful mezzo-soprano Jennifer Johnson Cano was bold, passionate and self-absorbed...Cano sings Mahler’s sumptuous melodies in ‘Liebst du um Schönheit’ beautifully, with the same tease in her voice as when she flirts with her husband." - Seen and Heard International

Marc Neikrug’s chamber opera A Song by Mahler, co-commissioned by the Chamber Music Society, depicts the agonizing reality of two characters: a classical singer who is diagnosed with early-onset Alzheimer’s and her accompanist husband.

The title comes from Mahler’s Rückert-Lieder, “Liebst du um Schönheit” (“If You Love for the Sake of Beauty”). In the opera, it is the art song which had been the singer’s signature encore. It depicts an aspirational love not dependent on beauty, speaking directly to the emotional core of the story. Neikrug says in his notes on the piece, "The play is not an attempt at documenting the myriad aspects of the disease. It is, rather, an attempt to address the specific emotional evolution of this couple, their love, and their particular relationship to music." The composer's note and program note are available here.

Cano also has a personal connection to the story, as her father suffers from dementia, so she knows "what it’s like to have a loved one change so dramatically,” she told the Santa Fe New Mexican. “Marc’s presentation is very truthful, an honest slice of life in all its messiness and complication,” she adds, “and he understands that it’s just as important to have the caretaker’s journey as it is the disease victim’s.”

(Update) Kelly Markgraf is unable to perform due to illness, and baritone Ryan Bradford will perform the role of Jennifer's husband, with David Shifrin on clarinet and the FLUX Quartet performing the score.

On March 18 and 20, Jennifer Johnson Cano joins the Philadelphia Orchestra, conductor Yannick Nézet-Séguin, sopranos Renée Fleming and Kelli O'Hara and an all-star cast, for the world premiere of the concert version of Kevin Puts' The Hours. The opera is based on the Pulitzer Prize-winning novel by Michael Cunningham and the award-winning film based on the novel, which chronicled a day in the life of three women from three different eras with interwoven stories connected to Virginia Woolf’s novel Mrs. Dalloway. Though separated in time across nearly 80 years, Virginia Woolf (Cano), Laura Brown (O'Hara), and Clarissa Vaughan (Fleming)—a modern-day Mrs. Dalloway herself—struggle with the notion of living their lives for someone else.