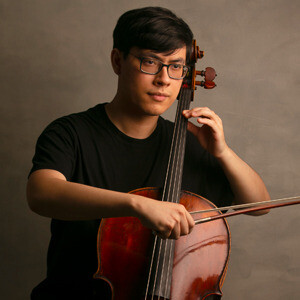 Today, the Borletti-Buitoni Trust has announced Zlatomir Fung as a BBT Fellowship Winner 2022. A 2020 recipient of an Avery Fisher Career Grant and the first American in four decades and youngest musician ever to win First Prize at the International Tchaikovsky Competition Cello Division, Fung will receive £20,000 from the BBT to use towards career advancement.

The Borletti-Buitoni Trust (BBT) supports both outstanding young musicians (BBT Artists) and charitable organisations that help the underprivileged and disadvantaged through music (BBT Communities). Whether developing and sustaining young artists’ international careers, or bringing the joy of music to new communities, the Trust provides invaluable assistance and encouragement.

Of Bulgarian-Chinese heritage, Zlatomir Fung began playing cello at age three and earned fellowships at Ravinia's Steans Music Institute, Heifetz International Music Institute, MusicAlp, and the Aspen Music Festival and School. Fung studied at The Juilliard School under the tutelage of Richard Aaron and Timothy Eddy. Fung is a 2016 U.S. Presidential Scholar for the Arts. He has been featured on NPR’s Performance Today and has appeared on From the Top six times.