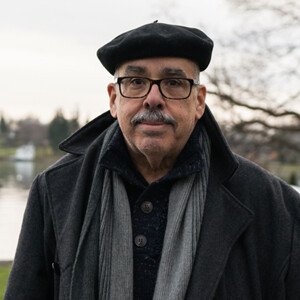 PLUS:  Harry Potter & The Goblet of FireTM, Symphonic Cinema, Symphony in Space, and Baroque & Beyond II

All concerts performed in Kodak Hall at Eastman Theatre in Rochester, NY unless otherwise noted
Info and Tickets: www.RPO.org

The concert opens with Felix Mendelssohn’s rarely performed overture to The Fair Melusine (The Little Mermaid). Also on the program is one of the most recorded pieces of classical music, Schubert’s Symphony No. 8, “Unfinished,” which Maestro Delfs calls the composer’s “absolute best work.” Closing out each evening is the world’s most famous waltz, Johann Strauss, Jr.’s An der schönen blauen Donau (By the Beautiful Blue Danube), op. 314, conjuring up grand images that foreshadowed the fall of Vienna.

In between those two performances, guest conductor Enrico Lopez-Yañez leads RPO + Eastman Present: Ben Folds with the RPO on Friday, May 6 at 8 p.m. in Kodak Hall at Eastman Theatre. Widely regarded as a major music influencer, rock sensation Ben Folds joins the RPO for an evening of genre-bending music, performing hit songs like “The Luckiest,” “Capable of Anything,” and “Landed.” The multi-platinum selling artist, who was a judge for five seasons on NBC’s critically acclaimed a capella show The Sing Off, has recorded numerous solo and collaboration records, including music for film and TV and a classical piano concerto that topped the Billboard charts.

Kids and their families can enjoy a Symphony in Space at 2 p.m. on May 15 at Hochstein Performance Hall. Lopez-Yañez returns to conduct his original OrKIDStra program, taking audiences aboard the Sonic Spaceship for an intergalactic musical adventure. The villainous Lieutenant Tritone is stealing the three legendary Orb Crystals that maintain peace and order among the star systems. Join Captain Enrico and the autonomous bot A440 in a cosmic race to thwart Tritone. Each child will also receive a take-home activity packet. Tickets are $10 for children 17 & under, $20 for adults.

Principal Pops Conductor Jeff Tyzik  leads Symphonic Cinema on Friday and Saturday, May 19 & 21 at 8 p.m. in Kodak Hall at Eastman Theatre. Legendary composers Erich Wolfgang Korngold, Max Steiner, Franz Waxman, and more are featured in this tribute to the Golden Age of Hollywood that includes music from Casablanca, Psycho, Star Wars, Close Encounters of the Third Kind, and many others. This concert is presented in collaboration with The George Eastman Museum, which will show the 4K restoration of Close Encounters of the Third Kind on Friday, May 13 at 7:30 p.m. in Dryden Theatre.

Grammy Award-winning guest conductor Jeannette Sorrell joins the RPO on Sunday, May 22 at 2 p.m. for the final Sunday Matinée of the 2021-22 Season with Baroque and Beyond II at Nazareth College’s Beston Hall at Glazer Music Performance Center. Opening with selections from Telemann’s whimsical Don Quixote Suite, the program continues with J.S. Bach’s Concerto for Violin & Oboe in C minor. Next, selections from Suite No. 1 in F major from Handel’s three Water Music suites, which he composed for a royal pleasure trip up the Thames in 1717. The afternoon concert closes with the conductor’s own arrangement of Vivaldi’s La Folia. The folia is an ancient Portuguese dance where young girls engaged in a wild dance of abandon, becoming faster and wilder as the piece goes on.

Closing out May’s RPO schedule is 2020’s rescheduled Harry Potter and the Goblet of Fire™ in Concert on Friday and Saturday, May 27 & 28 at 7 p.m. in Kodak Hall at Eastman Theatre. The Triwizard Tournament comes to Hogwarts™ in this live-music-to-film event. Audiences will relive the magic of Harry Potter™ soaring across the big screen in high-definition and experience the world-class RPO performing Patrick Doyle’s unforgettable score. [WIZARDING WORLD and all related trademarks, characters, names and indicia are © & ™ Warner Bros. Entertainment Inc. Publishing Rights © JKR. (s21)]

Tickets start at $30 for adults and are available online anytime at rpo.org, by phone at 585-454-2100 [Monday-Friday, 10 am –5 pm, please note that the Patron Services Center (225 East Ave.) is currently closed to in-person purchases], and in person 60 minutes prior to curtain at the Eastman Theatre Box Office (433 East Main St.), Hochstein Performance Hall (50 N Plymouth Ave.), or Beston Hall (4245 East Ave.). Tickets for children ages 3-17 start at $18 and are available by phone only.

Please note: Current COVID protocols will be in effect through April 10: Patrons aged five and up are required to show proof of COVID vaccinations. Patrons are required to wear masks during the entire performance, except in the Masking-Optional section. Venue capacity is at 80%, and a Social-Distancing section is also available. Protocols are under active evaluation for this spring and updates will be announced prior to May concerts.

2021-22 Season Sponsors: Since the 2019-2000 Season, M & T Bank has been the RPO’s Season Sponsor. They are joined by Rochester Regional Health as Season Co-Sponsor. The Pops Season is sponsored by Wegmans and Canandaigua National Bank.

ABOUT THE RPO: The Rochester Philharmonic Orchestra (RPO) has been committed to enriching and inspiring our community through the art of music since its origins in 1922. The RPO presents approximately 150 concerts and broadcasts a year, serving up to 170,000 people through ticketed events, education and community engagement activities, and concerts in schools and community centers throughout the region. Music Director Andreas Delfs joins the ranks of former notable RPO music directors, including Erich Leinsdorf, David Zinman, Mark Elder, and Conductor Laureate Christopher Seaman. Principal Pops Conductor Jeff Tyzik, now in his 28th season, has earned a national reputation for excellence in pops programming during his tenure with the RPO. The RPO reaches more than 15,000 youth through its specific education programs.