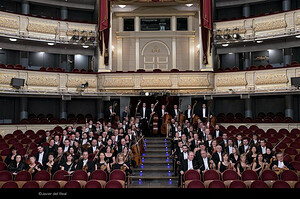 The Orchestra of Teatro Real (the Royal Opera of Madrid), Spain’s national opera house and winner of “Best Opera Company” at the 2021 International Opera Awards, makes its U.S. debut at Carnegie Hall in “A Celebration of Spanish Music” on September 15, 2022 at 8:30 pm. The concert celebrates the music of Spain, with the first half devoted to piano and orchestral music by Falla and Albéniz.  After intermission, the program turns to a selection of pieces from zarzuela (a form of Spanish opera) by Manuel de Falla, Amadeo Vives, Pablo Sorozábal, Gerónimo Giménez and Manuel Nieto, as well as orchestral works by Federico Chueca, Falla and Albéniz. Three internationally renowned Spanish artists join the Teatro Real orchestra for this all-Spanish program: guest conductor Juanjo Mena, pianist Javier Perianes and soprano Sabina Puértolas. The historic U.S. debut of the Orchestra of Teatro Real also marks the 40th anniversary of the Sister City agreement between Madrid and New York, reflecting Teatro Real’s commitment to its artistic mission of building bridges across nations and cultures through artistic collaboration.

One of Spain's most important cultural institutions, Teatro Real was founded by King Ferdinand VII over two hundred years ago. In 1990 the theatre was closed for a technical and architectural make-over, which transformed it into a model performing arts building, with state of the art theatrical technology. In 1997 it was reopened with great ceremony by the Presidents of its Council, the King and Queen of Spain, and since then has become one of the most important operatic theatres in Europe, not only for its excellent artistic program and the quality of its Chorus and Orchestra, but also for the activities it organizes in conjunction with other Spanish cultural institutions. Teatro Real’s ambitious education and training projects (including a project for disabled children) have coincided with a spectacular increase in young audiences. In recent years, it has also developed a fruitful dialogue with different musical genres, and is now very active in the dissemination of flamenco, with a regular season of flamenco concerts in its Salon de Baile.

Teatro Real is known for the exceptional quality of its staff members, who combine expertise and professionalism with a warmth, dedication and enthusiasm universally praised by visiting artists from around the world, including those from the United States.

In the coming 2022-23 season, Teatro Real will present the Spanish premieres of major operas by two of the most important contemporary American composers: Orphée, by Philip Glass - which opens the season on September 21 - and Nixon in China, by John Adams. In addition, as always, it will host exceptional artists from the United States, who are among Teatro Real's best ambassadors abroad.

“A CELEBRATION OF SPANISH MUSIC” AT CARNEGIE HALL
September 15, 2022

About Juanjo Mena, Conductor
Juanjo Mena began his conducting career in his native Spain as Artistic Director of the Bilbao Symphony Orchestra in 1999. His uncommon talent was soon recognized internationally with the Bergen Philharmonic appointing him Principal Guest Conductor and the Orchestra del Teatro Carlo Felice in Genoa Chief Guest Conductor. In 2011 he was named Chief Conductor of the BBC Philharmonic which he led for seven seasons, taking the orchestra on tours of Europe and Asia and conducting annual televised concerts at the Royal Albert Hall as part of the BBC Proms. His BBC tenure featured, notably, “thrilling” (The Guardian) performances of Bruckner and Schubert Symphonies. He also set new standards for the interpretation of both well-known and less-performed Spanish and South American repertoire. He currently serves as Principal Conductor of the Cincinnati May Festival, the longest running choral festival in North America, where he has been expanding the scope of the legendary organization with new commissions and community engagement. 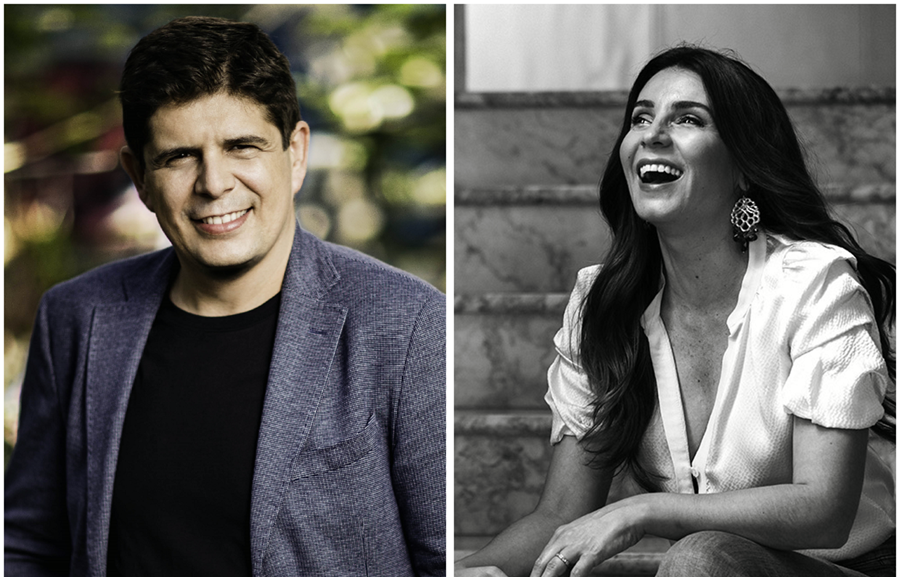 About Javier Perianes, Piano
The international career of Javier Perianes has led him to perform in the most prestigious concert halls, with the world’s foremost orchestras, collaborating with conductors such as Daniel Barenboim, Charles Dutoit, Zubin Mehta, Gustavo Dudamel, Klaus Mäkelä, Sakari Oramo, Yuri Temirkanov, Gianandrea Noseda, Gustavo Gimeno, Santtu-Matias Rouvali, Simone Young, Juanjo Mena, Ivan Fischer, Vladimir Jurowski, David Afkham, François-Xavier Roth, Daniel Harding, and appearing at festivals such as the BBC Proms, Lucerne, La Roque d’Anthéron, Grafenegg, Prague Spring, Ravello, Stresa, San Sebastian, Santander, Granada, Vail, Blossom and Ravinia. He was awarded the ‘National Music Prize’ in 2012 by the Ministry of Culture of Spain and named Artist of the Year at the International Classical Music Awards (ICMA) in 2019. In June 2021 he was awarded the Granada Festival Medal of Honour in recognition of his long-standing relationship with the Festival, where he was also Artist in Residence for 2021.