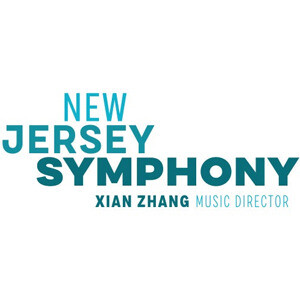 Newark, NJ— Join the New Jersey Symphony and Music Director Xian Zhang for a night to remember when the orchestra celebrates its 100th birthday with a Centennial Gala & Concert at the New Jersey Performing Arts Center in Newark on November 12 at 7:30 pm.

Cellist Yo-Yo Ma and the New Jersey Ballet will perform with the orchestra at this landmark event, which marks a century of musical excellence, innovation and inclusion. Kicking off the festivities will be a work co-commissioned by the New Jersey Symphony: Herald, Holler and Hallelujah: Fanfare for Brass and Percussion by composer and trumpet virtuoso Wynton Marsalis featuring jazz melodies inspired by New Orleans funeral processions. The legendary Yo-Yo Ma will take center stage to perform with the orchestra in Dvořák’s cello concerto, once described by cellist Pablo Casals as “Dvořák’s Tenth Symphony” and considered by many to be the greatest concerto written for cello. To complete the celebratory evening, dancers from New Jersey Ballet will join the orchestra for a tale of unrequited love in selections from Ginastera’s Four Dances from Estancia.

On November 27, 1922, the ensemble that would later be known as the New Jersey Symphony gave its first concert at the Montclair Art Museum, a fittingly local venue for the beginning of an organization that has defined itself through its community connections. Philip James led this group of only 19 string players in a program that included music by Henry Purcell, Camille Saint-Saëns and Victor Herbert, as well as the world premiere of The Dark Road for viola and strings by Cecil Forsyth.

The New Jersey Symphony is redefining what it means to be a nationally leading, relevant orchestra in the 21st century. As we celebrate our centennial, we are renewing our deeply rooted commitment to diversity, equity and inclusion by championing new, and often local, artists; engaging audiences for whom the inspiring depth and breadth of classical music will be new; and incorporating the broadest possible representation in all aspects of our organization—all to better reflect and serve our vibrant communities. Since 2021, Music Director Xian Zhang has worked together with composer, violinist, educator and social-justice advocate Daniel Bernard Roumain, the orchestra’s resident artistic catalyst, to offer programming that connects with diverse communities in Newark and throughout New Jersey.

Sponsorships and Gala Tickets Chef David Burke, a New Jersey native and a pioneer in American cooking, will curate a 5 pm cocktail reception and dinner (black tie optional). A dessert afterparty follows the concert, with desserts from David Burke’s Dixie Lee Bakery. At age 26, Burke was named executive chef of New York City’s River Café. While there, he became the first American ever to win the prestigious Meilleurs Ouvriers de France Diplome d’Honneur. He subsequently won Japan’s Nippon Award for Excellence, the Robert Mondavi Award of Excellence and two nominations for James Beard Best Chef. Burke later became a familiar guest on television’s Top Chef. He is the author of Cooking With David Burke and David Burke's New American Classics.

There are opportunities to sponsor New Jersey Symphony musicians to attend the dessert after-party. Concert tickets are sold out, but a limited number of gala tickets are available. Additional information and tickets at njsymphony.org/gala.