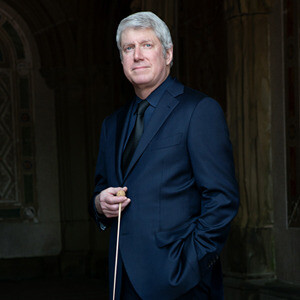 The National Repertory Orchestra (NRO) is pleased to announce Music Director Michael Stern is extending his stay for another three years, leading the future of classical music through the 2025 concert season.

Stern was appointed Music Director of the NRO in January 2021. He holds two other Music Director positions: The Kansas City Symphony and the newly rebranded Orchestra Lumos (formerly the Stamford Symphony). Stern was recently named Artistic Advisor of the Edmonton Symphony Orchestra, one of Canada’s foremost orchestral ensembles. And, following a 22-year tenure as founding Artistic Director of Iris Orchestra in Germantown, Tennessee, he now serves the newly reimagined Iris Collective as Artistic Advisor.

Staying true to its longtime mission of Changing Lives Through Music!, the National Repertory Orchestra is known for preparing young professional musicians between ages 18 and 29 for a successful music career. There are NRO alums in every major orchestra nationwide, and Stern aims to continue the unparalleled success.

“The NRO has had an enormous impact on our musical life for more than six decades,” said Stern. “I aspire to meet the opportunities and the responsibilities of continuing that legacy. Alumni contribute to every corner of music throughout the country, and that will not change.”

For Michael Stern, being Music Director for one of the leading intensive classical music programs in the country is an honor. “The most gratifying part of my role with the NRO is the chance to connect with people: the extraordinary musicians, a committed Board of Trustees, incredible staff and volunteers, and an audience and community that recognize how special the summer is with NRO in Breckenridge each season,” added Stern.

NRO CEO Dave DePeters thinks mentorship, leadership and inclusive programming are crucial when looking to the future. “Michael Stern is one of the preeminent Music Directors in the country. His work with many orchestras has made a lasting impression on the classical music landscape,” said DePeters. “His years of experience, his mindfulness toward living and diverse composers and his high level of expectation makes him a great mentor and example for our musicians. We are so pleased he remains a member of the NRO family.”

Rick Poppe, NRO Board of Trustees Vice President, also looks forward to Stern’s contributions to the organization. “Michael has brought significant energy, skill, and a broad world of experience to the NRO,” said Poppe.

Stern is only the third music director in the organization’s 63-year history, preceded by founder Walter Charles and Carl Topilow, who fronted the orchestra for over four decades. Even with eyes forward, the NRO is not leaving its past behind. Topilow, now Music Director Laureate, will conduct three performances during the 2023 season, including Topilow Pops! and two Fourth of July celebrations.

“I am pleased with the collaborative transition from our long-term Music Director, Carl Topilow, to our newest Music Director, Michael Stern,” said Poppe. “Carl served with the NRO for over 40 years. His stability and contributions are appreciated by all.”

As for designing the next three years for the National Repertory Orchestra, Stern plans to embrace the organization’s vision of developing socially conscious musicians. “We want to deepen our shared understanding of what it means not only to become a better musician but also to find a way to lead a more fulfilling, meaningful and successful life in music,” said Stern. “The NRO is taking a long view in terms of education, programs, projects, guest artists and community engagement. We want the NRO experience for all musicians to be as complete as possible and to build a foundation for this coming summer and the following years.”