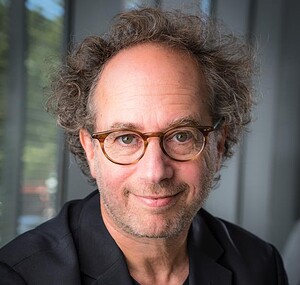 Purchase tickets here, or through the Lincoln Center Box Office.

Machover’s Overstory Overture is a 30-minute work, for a single voice, chamber ensemble, and electronics; the narrative is based on Richard Powers’ 2018 Pulitzer-Prize winning novel, The Overstory. Both works explore the current state of human alienation from nature and the urgency of radically realigning ourselves with the world around us.

”For me,” says Machover, “no book has spoken more eloquently and passionately about the price humanity pays by separating ourselves from the world around us than Richard Powers’ The Overstory. As part of my project to create a full-length opera based on this great novel, Overstory Overture introduces the central character and main themes of the book, as well as the sounds, structures and sensations that dramatize the networked intelligence of the natural world, the unthinking harm that we subject it to, and the possibility of a completely new view of our interconnected responsibility and potential. Working on this project with my long-time collaborator Joyce DiDonato as well as with Sejong Soloists has been a creative delight and privilege, and we can’t wait to share the new work with New York and Seoul audiences in March.” 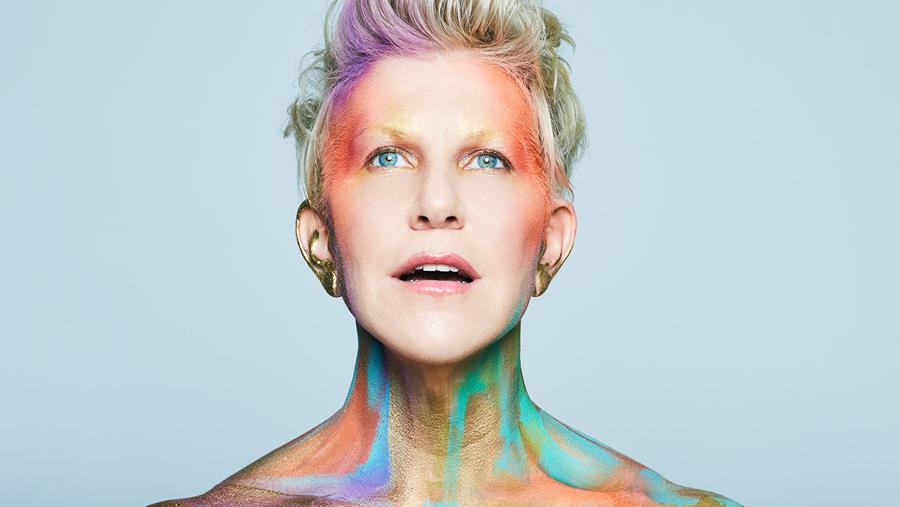 Overstory Overture is a stand-alone work that employs and extends many of the techniques the composer has pioneered over the course of his 40-year career and seven operas; the work offers audiences an introduction to the full-length Overstory opera that Machover is developing. The score creates two parallel narratives. One represents the human perspective, in the character of scientist Patricia Westerford, played by Joyce DiDonato, who has discovered vast networks that allow trees to communicate with each other, but she suffers the disbelief of scientific peers and professional ostracism. The other musical narrative is for the “world of trees,” represented by Sejong Soloists and electronics, shepherded by conductor Earl Lee. At various times, these layers ignore each other or intermingle delicately or clash violently, finally merging in a promising - if uneasy - synthesis. Machover’s signature electronics, here sounding “super-natural” rather than “techno-heavy,” help to make tree communication – flitting fast through the air or delicately pulsating “underground” – palpable, while exaggerating contrasts and also building sonic fusions between soloist and orchestra. The music is highlighted by lighting and movement to dramatize the work’s expressive journey.

In 2020, Sejong Soloists’ creative and executive director Kyung Kang reached out to Machover to propose doing a project together – “something with a narrative,” Machover recalls, “a bit theatrical.”  Around the same time, Machover had begun discussing with Richard Powers the idea of basing an opera on The Overstory, which excited Powers, based on his knowledge of Machover’s previous operas. Machover proposed the idea of creating a first version of the work - a kind of capsule glimpse of its feel and sound - to Sejong, and Overstory Overture was born.

“Sejong Soloists is committed to commissioning new work, and we are thrilled to be working with Tod Machover and Joyce DiDonato. They bring tremendous imagination and artistry to the project,” says Kang. “Together, we discovered our shared vision for presenting music with innovation and contemporary themes.  We look forward to sharing Overstory Overture with our audiences in New York and in Seoul, Korea.”

Machover has assembled a creative team of longtime collaborators to create a powerfully immersive experience for the audience. Librettist Simon Robson is a British writer, actor, and director who created a narrative arc of four sections based on Powers’ text that move through Westerford’s experience of listening, discovering, destruction and rebirth. Boundary-pushing choreographer and director Karole Armitage designed the singer and musicians’ movement on stage to support the narrative and illustrate the evolving relationships throughout the work between humans and trees. MIT Media Lab PhD grad Peter Torpey created the visuals and lighting that help to make the forest come alive. Ben Bloomberg, another Media Lab PhD grad and long-time Machover collaborator, designed the sound system that blends acoustics and electronics in startling, subtle ways.

Sejong Soloists’ commission of Overstory Overture was made possible by a generous gift from So-Chung Shinn and Tony W. Lee. 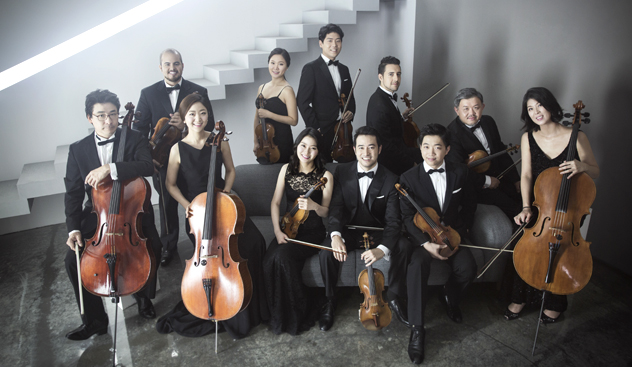 Hailed by CNN as “one of the top ensembles of today,” Sejong Soloists is a first-class chamber orchestra renowned for its exceptional dynamic style with ranges of quartet-like precision to full orchestra resonance. Sejong Soloists has performed over 600 concerts in more than 120 cities throughout the world, and is highly praised for its innovative programming, documentaries, television broadcasts, and recordings. The ensemble has championed and commissioned music by distinguished living composers such as Augusta Read Thomas, Richard Danielpour and Eric Ewazen—with whom Sejong has ongoing collaborations—as well as Osvaldo Golijov, Tan Dun and others.  Stephen Kim, a violinist with Sejong Soloists and winner of 3rd Prize in the 2019 Queen Elisabeth Violin Competition, is the soloist for Mendelssohn’s concerto.
For more information, visit the Sejong Soloists website.

Tod Machover, Composer and Creative Director
2016 Musical America Composer of the Year, Machover is especially known for his visionary operas, including Brain Opera (which invites the audience to collaborate live and online) and the “robotic” Death and the Powers (which premiered in Monaco at the Opéra de Monte-Carlo in 2010 and was released on CD in 2021 by BMOP/sound). His Resolve Remote for violin and electronics was commissioned as part of the Royal Academy of Music’s 200th anniversary, and was just released online.

Joyce DiDonato, Mezzo-soprano
Multi-Grammy Award winner and 2018 Olivier Award winner for Outstanding Achievement in Opera, Kansas-born Joyce DiDonato entrances audiences across the globe, and has been proclaimed “perhaps the most potent female singer of her generation” by the New Yorker.

Simon Robson, Writer/Librettist
A celebrated British writer, actor and director, he has worked extensively in the theater in the UK and throughout Europe and the U.S. He wrote the libretto for Tod Machover’s opera Schoenberg in Hollywood, which received its world premiere with Boston Lyric Opera in November 2018, and its European premiere at the Vienna Volksoper in April 2022.

Peter Torpey, Lighting and Visual Designer
Torpey, who received his doctorate from the MIT Media Lab, explores the nexus of theater, music, interaction design, cognition, and storytelling. He creates systems for interactive media, arts, and performance for a broad range of clients in theater, music and the arts more broadly. He has collaborated previously with Tod Machover on numerous opera and media projects.

Ben Bloomberg, Sound Designer
Ben Bloomberg finished his PhD at the MIT Media Lab in 2020 and has been a long time collaborator of Tod Machover, having designed audio technology for many of his operas. He was nominated for the 2021 Album of the Year Grammy Award for his technical and creative contributions to Jacob Collier’s Djesse Vol. 3. In his research and practice, he seeks to build technology to humanize live music performance by letting musicians influence and shape production systems intuitively and with creativity.