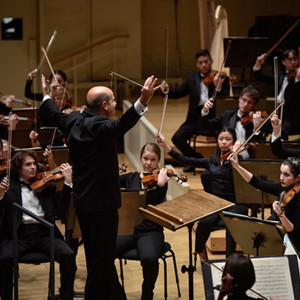 The prestigious Oberlin College Conservatory of Music, for the first time since 2013, comes to New York in January 2019 for a tour spanning two diverse concerts in two major venues.  Representing not only the exemplary quality of young musicians who study at Oberlin, but the immense range of opportunities given to them while studying, this tour includes both instrumentalists and vocalists, classical and jazz repertoire. The tour also includes the debut of Oberlin’s new Sonny Rollins Jazz Ensemble, created from a generous gift to the Conservatory from Mr. Rollins himself, and a culminating performance with the full Oberlin Orchestra at Carnegie Hall.

Ranked among the nation’s top liberal arts schools, Oberlin College is committed to rigorous academics, artistic and musical excellence, and social justice. Founded in 1833, Oberlin was the first institution of higher education in America to adopt a policy to admit students of color (1835) and the first to award bachelor’s degrees to women in a coeducational program (1841). Oberlin’s distinct history of challenging intellectual and social conventions shapes the student experience today, fostering strong bonds among a diverse community of bright and talented students from around the world. Oberlin’s combination of a leading liberal arts college and a world-class music conservatory creates an unparalleled learning environment.

Established in 1865, the Oberlin Conservatory of Music is recognized as one of the foremost professional training institutions in the world. It is the oldest continuously operating conservatory of music in America, the only major music school devoted primarily to the education of undergraduate musicians, and one of two institutions of higher education to have been awarded the National Medal of Arts.

Conservatory alumni and faculty have won countless Grammy Awards and international competitions and gained world-class stature as performers, conductors, composers, scholars, educators, and arts administrators. Graduates hold leadership positions and perform with major orchestras throughout the country, including Boston, Cleveland, Philadelphia, the National Symphony, and the New York Philharmonic, and with distinguished opera companies such as the Lyric Opera of Chicago, the Metropolitan, Seattle, and San Francisco. Other alumni have pursued successful careers in jazz, chamber music, and the film industry. Many others teach in schools, colleges, universities, and conservatories, and Oberlin leads all undergraduate institutions in the number of graduates who go on to earn doctorates in music.