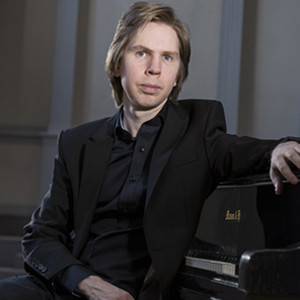 After stepping in to replace André Watts to open the Minnesota Orchestra's 2019-2020 season, pianist Juho Pohjonen will once again perform Grieg's Piano Concerto with the orchestra, this time as part of the group's residency at Indiana University's Jacobs School of Music, led by fellow Finn Osmo Vänskä on January 22, 2020.

Pohjonen's debut with the orchestra in September was met with great acclaim:

"This was a highly impressive Orchestra Hall debut, full of engagingly incisive and insightful playing. It would be good to hear more of Pohjonen in future seasons."
—Terry Blain, Star Tribune

"Pohjonen’s fiery first phrases were exhilarating, his accuracy admirable on this notoriously difficult work. But it was his first-movement cadenza that caused me to lean forward in astonishment. It was stark, subdued and the quietest I’ve ever encountered on this concerto. It was an approach aimed at the heart, wafting and haunting while nevertheless impressing with its deftly fingered flourishes."
— Rob Hubbard, Pioneer Press

Society of the Four Arts | January 8
Recital with Bomsori Kim

San Jose, CA | April 18
Recital at the Steinway Society of the Bay Area