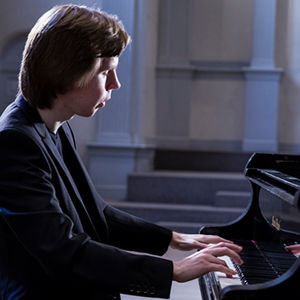 It is with great pleasure that Kirshbaum Associates announces worldwide representation of pianist Juho Pohjonen.

"The programme included Grieg’s Piano Concerto, with a fast-rising Finnish star, Juho Pohjonen, as the delightfully unassuming but bewitching soloist."
— The Guardian

Pohjonen rounds out the season with a performance of Esa-Pekka Salonen's Piano Concerto with the Szczecin Philharmonic and Rune Bergmann in Poland. He plays chamber music in France, Sweden, Finland, Israel, London's Wigmore Hall and at the Library of Congress in Washington DC.

This summer, he joins the Danish String Quartet at the Ravinia Festival and in Saratoga, NY, returns to the Santa Fe and Bridgehampton Chamber Music Festivals, Music@Menlo, La Jolla Summerfest and makes his Cleveland Orchestra debut with conductor Fabien Gabel.