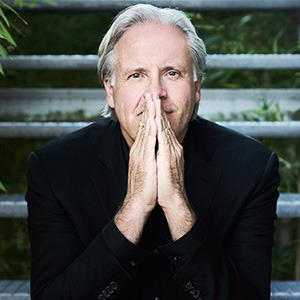 Markus Stenz has held several high-profile positions including Principal Conductor of the Netherlands Radio Philharmonic Orchestra (2012-2019), Principal Guest of the Baltimore Symphony Orchestra (2015-2019) and Conductor-In-Residence of the Seoul Philharmonic Orchestra (2016-2021). He was General Music Director of the City of Cologne and Gürzenich-Kapellmeister for 11 years, conducting Mozart Don Giovanni, Wagner’s Ring cycle, Lohengrin, Tannhäuser and Die Meistersinger von Nürnberg, as well as Janáček Jenůfaand Katya Kábanová and Eötvös’s Love and other Demons.

He made his opera debut in 1988 at Teatro La Fenice in Venice. After a recent, and highly successful Mozart and Strauss concert, he returned last season to conduct two concert weeks with repertoire including Mozart, Schumann and Wagner and will return this season and beyond for productions of Wagner Der fliegende Holländer and Berg Wozzeck.

In 2018 Markus conducted Schreker Die Gezeichneten at the Bayerische Staatsoper Munich and was due to return in 2021 for Fidelio before it was cancelled due to the pandemic. 2018 also saw the long-awaited world première of Kurtág Fin de partie at Teatro alla Scala Milan (where he also had a great success conducting Strauss Elektra) followed by performances of the Kurtág for Dutch National Opera and, most recently, its French première at Opéra National de Paris.

After a recent appearance at the Deutsche Oper Berlin with Britten’s Death in Venice, Markus returned last season to conduct Britten’s A Midsummer Night’s Dream and this season will conduct Offenbach’s Les contes d’Hoffmann.

Further ahead he looks forward to returning to Orchestre National de Lyon and Dutch National Opera and following a very successful debut with the City of Birmingham Symphony Orchestra with Mahler Symphony No. 2 in 2022, he will return to the CBSO in the 2023-2024 season.

While with the Gürzenich-Orchester Köln, Markus received the prize for ‘The Best Concert Programme of the 2003-04 Season’ as well as initiating a number of youth and educational projects such as ‘Experiment Klassik’, ‘3. Akt’ and the concert live-recording project ‘GO live’.

AUGUST 2022 - AT THE REQUEST OF THE ARTIST, PLEASE DO NOT ALTER THIS BIOGRAPHY WITHOUT APPROVAL