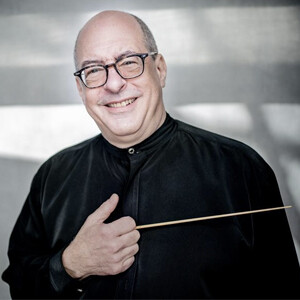 "Robert Spano has that great skill in a conductor of making every performance radiate joy. You would think, each time, that he has been waiting all his life to make this music happen, and that he is darned well going to make it happen to the utmost." – New York Times

The Fort Worth Symphony Orchestra announced today the appointment of Robert Spano as its next Music Director. The orchestra's Principal Guest Conductor since 2019, Spano becomes Music Director Designate on April 1, 2021 and begins an initial three-year term as Music Director in August 2022.

“I am thrilled to be joining the Fort Worth Symphony Orchestra and looking forward to getting better acquainted with the vibrant culture of this remarkable city. Every facet of the orchestra is clearly committed to its success—the management team, the supporters, the audience, and certainly the marvelous musicians who make up the orchestra itself. I look forward with tremendous excitement to our concerts next season, and to creating an inspirational 2022–23 season, which will be our first complete season together.”

Robert Spano made his FWSO debut in March 2019 conducting Mahler’s Fifth Symphony and Strauss’s Four Last Songs. His most recent appearance was in January 2021 and he joins the orchestra again March 16–18, 2021, conducting Beethoven's 7th Symphony and Mozart’s Piano Concerto No. 25 in C major with Jeremy Denk.

This season, Spano's two-decade tenure as Music Director of the Atlanta Symphony Orchestra comes to an end. Among his achievements include the creation of The Atlanta School of Composers, four Grammy™ Awards and eight nominations, and numerous commissions.

Music Director of the Aspen Music Festival and School since 2011, Spano is on faculty at Oberlin Conservatory and has received honorary doctorates from Bowling Green State University, the Curtis Institute of Music, Emory University, and Oberlin. Maestro Spano is one of two classical musicians inducted into the Georgia Music Hall of Fame.