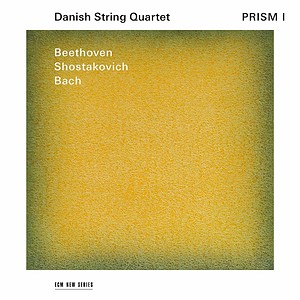 For its third ECM release, the prize-winning Danish String Quartet inaugurates a series of five albums with the overarching title of Prism, in which the group will present one of Beethoven’s late string quartets in the context of a related fugue by J.S. Bach as well as a linked masterwork from the quartet literature. With Prism 1, it’s the first of Beethoven’s late quartets, op. 127 in E-flat Major, alongside Bach’s fugue in the same key (arranged by Mozart) and Dmitri Shostakovich’s final string quartet, the No. 15 in E-flat minor.