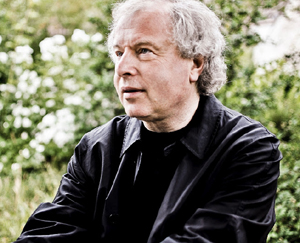 Indisputably one of the most prominent proponents of the keyboard works of J.S. Bach, András Schiff has long proclaimed that Bach stands at the core of his music making.  October 5 – November 4, 2012, April 3 – 21, 2013 and October 6 – November 5, 2013 András Schiff will embark on The Bach Project in North America, comprising six Bach recitals and an orchestral week of Bach, Schumann and Mendelssohn with Mr. Schiff at the piano and on the podium.  The complete Project will visit Davies Symphony Hall supported by the San Francisco Symphony, Disney Hall, supported by the LA Phil and New York City in partnership between the New York Philharmonic, Carnegie Hall, 92Y and Great Performers at Lincoln Center.   Individual recitals will be presented in Vancouver, Seattle, Washington DC, Chicago, Santa Barbara, Chapel Hill, Ann Arbor, Boston and Toronto.

In 2006, Mr. Schiff and the music publisher G Henle began collaborating on Mozart and Bach editions. To date, both volumes of The Well-Tempered Clavier have been edited in the Henle original text with fingerings by Schiff. In 2007, he was presented with The Royal Academy of Music Bach Prize—an annual award to an individual who has made an outstanding contribution to the performance or scholarly study of Johann Sebastian Bach. His recording of The Well-Tempered Clavier for ECM released on September 25, 2012, is expected to be one of the preeminent performances of the work.  The four cd boxed set debuted at No. 5 on the Billboard Classical Chart.

Since 1997, András Schiff has been an exclusive artist for ECM New Series and its Producer, Manfred Eicher.  Recordings for ECM include the complete solo piano music of Beethoven and Janá?ek, two solo discs of Schumann piano pieces as well as his second recordings of the Bach Partitas and Goldberg Variations.  He is recording Beethoven’s Diabelli Variations for release in Autumn 2013.

A microsite created by ECM and devoted to The Bach Project can be accessed using the following link:  www.andrasschiff.com.  On November 2, 2012, Mr. Schiff will record an interview and performance at Steinway Hall which will be featured on American Public Media’s Performance Today – see local listings for air date.  To help launch the Project in North America, 92Y conceived of 48 “Well-Tempered Tweets” - www.92Y.org/WTClavier - an interactive web page designed by 92Y, with two interactive keyboards.  Each key is a different color, representing the range of colors Mr. Schiff imagines for the different keys.  “To me, Bach’s music is not black and white, it’s full of colours,” he writes in “Senza pedale ma con tanti colori” (Without the pedal but with plenty of colours). The Twitter campaign ends on October 31, just in time for “Twit or Tweet.”

The final two programs of The Bach Project will be the Partitas and the Goldberg Variations, culminating at Carnegie Hall November 5, 2013.