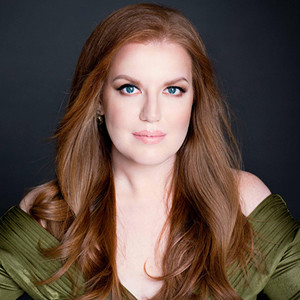 By all accounts, Jennifer Johnson Cano's performance as Offred in Boston Lyric Opera's production of The Handmaid's Tale was a smashing success. The mezzo-soprano now looks forward to an exciting summer season, including debuts at Ravinia Festival and Blossom Music Festival as well as return engagements with the Pittsburgh Symphony and Los Angeles Philharmonic.

Through much of the opera, what we are observing — and marveling at — is the tour de force performance of mezzo soprano Jennifer Johnson Cano in the central part of Offred, seemingly a role she was born to inhabit. Offred is onstage for almost all of the opera’s roughly 150 minutes, singing for much of that time.

The opera is...focused squarely on Offred, sung with passionate intensity by the rich-voiced mezzo-soprano Jennifer Johnson Cano, a consummate actress, who is onstage throughout.

Rare is the scene where Offred is not singing. She carries the opera on her back. Jennifer Johnson Cano’s stamina and total commitment were exceptional. A probing singing-actress (her laugh closing Act 1 was chilling), she created a public and private self, her demeanor and expression reflecting the corseted, cooler music of her Gilead scenes and the freer, more high flying line when alone or lost in memory. (5 star review)