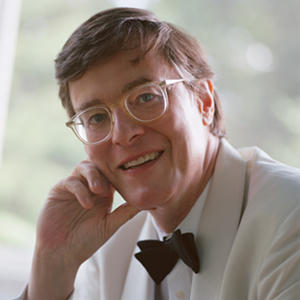 Peter Serkin holds a singular place among today’s classical music artists, admired equally for his performance of established repertoire and as a consummate interpreter of contemporary music.  His music-making demonstrates keen understanding of the masterworks of J.S. Bach as well as an exceptional grasp of diverse musical styles, ranging from Stravinsky to Messiaen, Tōru Takemitsu and Oliver Knussen.

Mr. Serkin's varied programs and projects during the 2019-20 season epitomize his preeminent career as both a soloist and chamber musician.  As part of a Japanese tour, he joins Herbert Blomstedt and the NHK Symphony to perform the Reger Piano Concerto, for which he has long been a champion.  He also embarks on a project to perform the complete Bach sonatas for violin and piano with longtime friend and collaborator, Pamela Frank.  The U.S. highlights of their multi-city tour of marathon concerts include New York's 92Y, Philadelphia's Kimmel Center and Washington, DC's Kennedy Center. Later in the season, he joins the New York String Orchestra at Carnegie Hall for a performance of Bartok's Piano Concerto No. 3.  He has recently completed a series of solo recordings for the Vivace label with music of J.S. Bach and C.P.E. Bach.

An eloquent and persuasive advocate for the music of the 20th and 21st centuries, Peter Serkin has championed the work of Schoenberg, Webern, Berg, Stravinsky, Stefan Wolpe, Messiaen, and has given world premieres of works by Luciano Berio, Hans Werner Henze, Alexander Goehr, Leon Kirchner, Oliver Knussen, and Charles Wuorinen.  He gave the world premiere performances of Lieberson’s three piano concertos, Takemitsu’s riverrun with the Los Angeles Philharmonic, and Wuorinen’s Piano Concerto No. 4 with the Boston Symphony Orchestra.  His extensive discography ranges from a recording featuring six Mozart piano concertos, awarded the Deutsche Schallplattenpreis and acclaimed by Stereo Review as Best Recording of the Year, to the complete keyboard works of Schoenberg.

Peter Serkin’s musical legacy extends to his grandfather, the distinguished violinist Adolf Busch, who established the Busch Quartet, the Busch Chamber Players, and was a founder of the Marlboro School of Music.  Busch was also a notable composer in most every genre—orchestral and choral works, concertos, chamber music, and songs.  Peter Serkin has recently made arrangements of Busch’s music as well as that of Mozart and Schumann for various chamber ensembles and orchestra.  He has also transcribed Brahms’s organ Chorale-Preludes for one piano, four-hands.  Serkin is the son of the distinguished pianist Rudolf Serkin, who taught at the Curtis Institute of Music and led with distinction the Marlboro School for forty years.

“Peter Serkin is one of the handful of pianists who not only possess a cerebral understanding of the music of our time but the ability to communicate it with feeling. In his hands, even the most formidable works are fluid and expressive.”
– The New York Times

"Serkin's playing was breathtaking in its limpidity; the instrumental textures were wonderfully nuanced, and the balance well nigh perfect."
– The Guardian