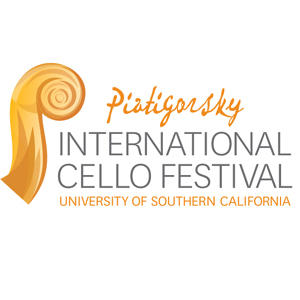 The Piatigorsky International Cello Festival, presented by the University of Southern California Thornton School of Music and the Los Angeles Philharmonic, in partnership with the Los Angeles Chamber Orchestra, is a 10-day, 42-event cello extravaganza showcasing more than 30 international artists representing 15 countries and four continents. Last held in May 2016, the third iteration of this extraordinary event will take place March 13-22, 2016 in Los Angeles, California.

Named after the great cellist Gregor Piatigorsky, who lived most of his adult life in Los Angeles and taught cello for many years at USC, the Festival focuses on the art of the cello, its music, and its musicians. The 30-plus visiting artists will perform solo and chamber music repertoire, in recitals and in collaboration with the Los Angeles Philharmonic and each other. Concert highlights of the 2020 Festival include the opening Gala, featuring the USC Thornton Symphony, conducted by Carl St. Clair, with the inimitable Mischa Maisky. The grand finale of the Festival, with the Los Angeles Philharmonic, includes a performance by more than 100 cellists in a single, mass cello ensemble on the stage of Walt Disney Concert Hall. Also, notable is the screening & discussion of the film, “Cellist: The Legacy of Gregor Piatigorsky” and the launch of a fictional work by Joram Piatigorsky, Gregor’s son, on March 14.

The Festival’s Artistic Director, Ralph Kirshbaum, together with invited artists, will select young cello students from around the world to participate in master classes and workshops. All Festival events are open to the public. Tickets will go on sale later this year.