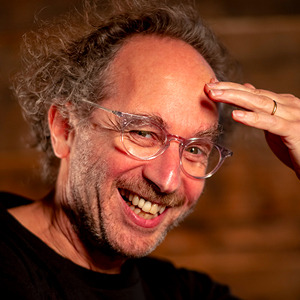 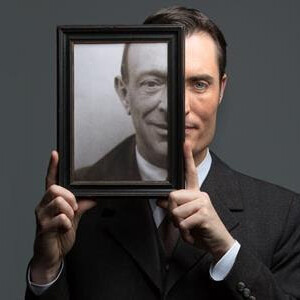 Tod Machover’s visionary opera Schoenberg in Hollywood, will have its European Premiere at the Vienna Volksoper on April 9, with performances through April 24. (The premiere was originally scheduled for April 2020, but postponed due to the COVID-19 pandemic.) The opera was inspired by the life of Austrian composer Arnold  Schoenberg following his departure from Hitler’s Europe to Los Angeles in the 1930s.  It was commissioned and presented by Boston Lyric Opera and had its hugely successful world premiere in Boston in November 2018.  Schoenberg in Hollywood was praised as “ingeniously original” by The Wall Street Journal; “dark and brilliant” by the Boston Classical Review; “emotionally engaging…Machover’s lyrical gift was allowed to flow” by Musical America; and “a composer biography like no other” by The Boston Globe.

Tod Machover writes: “I am so pleased that—after a two-year postponement because of COVID—Vienna is the first place that this opera will travel after its Boston premiere, a great way for Schoenberg to be welcomed back home. I bet he would have smiled at that as well! That said, who would have thought that at this very moment, a brutal war would be raging only several hundred miles west of Vienna, with new refugees streaming into this city every day. Schoenberg’s message—that art must lead to action in order to mitigate man's savagery—has never been more relevant than right now."

In Vienna, the opera will be performed in English with German surtitles to accompany the witty libretto by British novelist/actor Simon Robson, based on a scenario by Braham Murray. This all-new Volksoper production will be directed by Helen Malkowsky, with design and video by Sophie Lux and innovative audio technology from Machover and the MIT Media Lab. Performances will take place in the historic Kasino, which – by coincidence – is right across the street from the Arnold Schoenberg Center, where Schoenberg’s archives are maintained and where a pre-concert talk will be given by Volksoper dramaturg Magdalena Hoisbauer before each show.

Machover’s Schoenberg in Hollywood reinterprets the composer as one of the most deeply relevant figures for our time and for the future, in surprising, comical, and powerful ways. At its 2018 premiere, the Boston Music Intelligencer wrote: “Schoenberg would smile.” Of the upcoming Volksoper production, Tod Machover writes: “I am so pleased that—after a two-year postponment because of COVID—Vienna is the first place that this opera will travel after its Boston premiere, a great way for Schoenberg to be welcomed back home. I bet he would have smiled at that as well!”