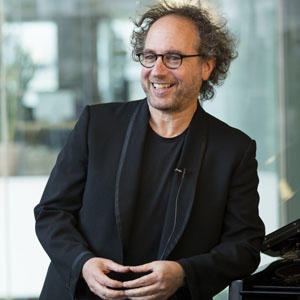 Dubbed "America's most wired composer" by the Los Angeles Times, Tod Machover, premiered the fourth installment of his city symphonies "A Symphony for Lucerne" on Sept. 5 to thunderous ovations and tremendous critical acclaim.  Machover served as this year's Composer-In-Residence at the internationally renowned Lucerne Festival, where four significant premieres - three world and one European - were presented.  About his residency, Machover states, "What a powerful and rewarding experience to present so many different aspects of my work in such a concentrated period and under such superb conditions.  Being Composer-In-Residence at this summer's Lucerne Festival allowed me to bring many ideas to fruition, and to try some completely new things as well.  Transformative and unforgettable."

As Machover prepares for his fifth city symphony in Detroit this November, you may view the video below of the hugely successful "Symphony for Lucerne." 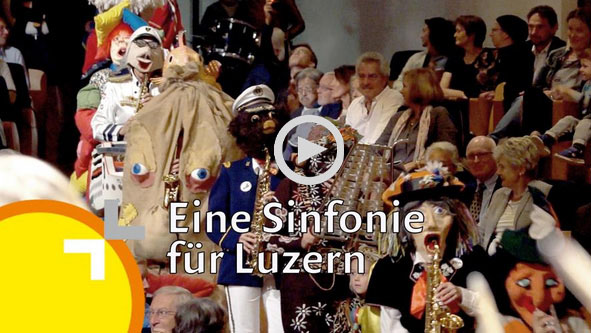 -Read all about A Symphony for Lucerne in the suberb, bilingual program book from the world premiere-

"Tod Machover's music, presented in four concerts, strongly accented the 2015 Lucerne Festival.  In addition to the performance of "Hyperstring Trilogy," he composed and developed three new works with his team at the MIT Media Lab and commissioned by the Lucerne Festival: the Boulez homage "Re-Structures" for two pianos and electronics, "Fensadense" for ensemble with the newest generation of Hyperinstruments, and "A Symphony for Lucerne," for which Tod Machover traveled many times to Lucerne during the course of a year, working closely with the city and its people.  The manner and intensity with which Tod Machover connected to sounds of Lucerne and its people is unique.  His presence and his magnificent gift for engaging people made him a true "composer-in-residence" who touched the hearts of the citizens and the city of Lucerne." -Michael Haefliger, Artistic and Executive Director/Mark Sattler, Director of Contemporary Programs, Lucerne Festival

"New pieces were commissioned for [the Festival's "Pierre Boulez Day"].  Only one, by American Tod Machover, one of Lucerne's two composers in residence this summer, sounded like Boulez.  That was because Machover's 'Re-Structures' took a mathematically rigid two piano score of Boulez' from the 1950s, his most dogmatic period, and morphed it almost imperceptibly into something brilliantly Machoverian, with a beat and telepathic electronics." Los Angeles Times, on "Re-Structures"

"This music is "scene-shifting" at the highest level; where in the presence of the trees you do not miss the forest, and where the music, despite all the sounds, does not fall short....The stunning thing about it: the musical events are not created on the common factor of mere aesthetics; in fact, they are instead let loose on each other in composed disorder.  It is a true analogy of the diversity of a city....Charles Ives could not have imagined this interconnecting babble of voices better."  -Tages-Anzeiger, on "A Symphony for Lucerne"

"The thunderous applause from the audience showed that the concert felt like a liberation." Neue Luzerner Zeitung, on  "A Symphony for Lucerne"

"It is clear that the computer is not considered a collaborator, but rather a working tool; the musical thought is his and not the machine's...the electronic component serves mainly to deepen the score, to enrich the harmonic complexity." La Regione, on "A Symphony for Lucerne"

"How the music is taken apart and put back together using other styles is musically clever, and it leads to scenes of strong courting and rivalry..."  Zentralschweitz am Sonntag on "Fensadense"