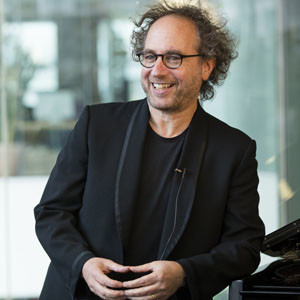 Philadelphia Voices, the sixth and largest-scale installment of Tod Machover’s acclaimed City Symphony projects, premieres in April 2018 with the Philadelphia Orchestra, led by its music director Yannick Nézet-Séguin, with a troupe of voices representing multiple Philadelphia-area choruses.  Machover, a 2012 Pulitzer Prize finalist and winner of Musical America’s 2016 Composer of the Year award, has long been regarded as one of the most notable trailblazers of 20th and 21st century composition, and one the world’s leading authorities on the vast and evolving relationships between music, technology, and human expression.  Through specially-designed mobile technologies developed by Machover and his Opera of the Future group at the Massachusetts Institute of Technology Media Lab, Machover has given residents of Philadelphia the opportunity to contribute their own samplings of cityscapes, vocalizations, and texts, reviewed and compiled by Machover and his team, uniting the richly diverse communities of Philadelphia through sound.  The result is a celebration of the birthplace of American democracy written for, and with, the Philadelphians who know it best.

Click below for video of Tod Machover introducing the Philadelphia Voices project with a call to participate:

The final performance of Philadelphia Voices takes place in New York at Carnegie Hall, marking the first presentation of a City Symphony given outside the city for which it was written.

Since spring of 2017, Machover has captured, collected, and reviewed hundreds of hours of audio from quintessentially Philadelphian landmarks, streets, museums, organizations, and public spaces, in addition to sounds submitted via the Philadelphia Voicessmartphone app, designing a nuanced auditory landscape of the city which serves as the framework and soundtrack to the symphonic score.  In addition, Machover solicited original poems, texts, and interviews from a wide range of Philadelphians – from established experts to teenage “Mighty Writers” -  expressing their thoughts on the state of the city, and of the “democratic experiment” that started there. The process of composing the work and its digitized audio has been documented by multiple local news sources, including NBC10, CBS Philly, WRTI, WHYY, Philadelphia Inquirer, and many others.

Click below for video of Machover at the National Constitution Center:

“I am honored to participate in this unique musical adventure with The Philadelphia Orchestra and the community. Philadelphia was the birthplace of democracy, and this project represents a unique opportunity to explore the past, present, and future of civic life, expressed through the sounds of the city and the powerful voices of the people who live here,” said Machover. “I believe that together we have created a symphony that will not just show people around the world what Philadelphia sounds and feels like, but can provide a model of the kind of society in which we want to live.”

Since 2013 Machover has created City Symphonies for Toronto, Edinburgh, Perth (Australia), Lucerne (Switzerland), and Detroit, the latter of which was the subject of a Michigan Emmy Award-winning documentary, Symphony in D, by filmmakers Marlon Johnson and Dennis Scholl. Throughout the process of developing symphonies for each of these unique cities, Machover has championed large-scale community engagement initiatives, using music as the means of unifying, thus encouraging a spirit of collaboration, openness, respect, and listening.  The Philadelphia Voices project, at a pivotal moment in American history when democracy and the founding principles of our country are under siege and in need of reinvention, has resonated strongly with Machover, and his deep affinity for public outreach and inclusion resonate from the first bar to the last of this powerful, unusual score.

Tod Machover
Tod Machover has been called “a musical visionary” by the New York Times, as well as “America’s most wired composer” by the Los Angeles Times. Machover is Muriel R. Cooper Professor of Music and Media at the MIT Media Lab, where he is also Adademic Head and directs the Opera of the Future Group. Machover's compositions have been commissioned and performed by many of the world's most prestigious ensembles and soloists, and his work has been awarded numerous prizes and honors. He is also recognized for designing new technologies for music, such as Hyperinstruments, and for his visionary operas like the “robotic” Death and the Powers. In addition to Philadelphia Voices, Machover has recently completed his next opera, Schoenberg in Hollywood, to be premiered by Boston Lyric Opera in fall 2018, and is working on commissions from the Kronos Quartet and the Montreal Symphony.

The MIT Media Lab
At the MIT Media Lab, the future is lived, not imagined. In a world where radical technology advances are taken for granted, Media Lab researchers design technologies for people to create a better future. Now, as it looks beyond its 30th anniversary, the MIT Media Lab focuses on “human adaptability.” Its work ranges from initiatives to treat conditions such as Alzheimer’s disease and depression, to sociable robots that can monitor the health of children or the elderly, to the development of smart prostheses that can mimic—or even exceed—the capabilities of our biological limbs, to music that can radically shape community or reshape the mind.

Future-obsessed artist-designers, nanotechnologists, biologists, neuroscientists, data-visualization experts, industry researchers, pioneers of computer interfaces, and social activists work side by side to tirelessly invent—and reinvent—how humans experience, and can be aided by, technology, and to make sure that developments are deployed throughout the world for maximum benefit to individuals and societies.