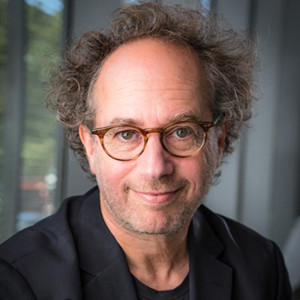 Following the overwhelming success of “Philadelphia Voices,” the newest installment of composer Tod Machover’s popular “City Symphonies” projects premiered by the Philadelphia Orchestra and Yannick Nézet-Séguin, the 2012 Pulitzer Prize finalist and 2016 Musical America Composer of the Year has composed a new opera titled Schoenberg in Hollywood, commissioned and presented by Boston Lyric Opera. Inspired by the life of Austrian composer Arnold Schoenberg following his departure from Hitler’s Europe to Los Angeles in the 1930s, the opera will make its world premiere on November 14, 2018, and will run for five performances. “Schoenberg is a towering figure in music, a great visionary who incorporated so many things into his work that we are just beginning to understand its full impact,” Machover said. “I am intrigued with the idea of what happened when Schoenberg – the ultimate uncompromising futurist who was also a wonderful teacher and tinkerer - wound up in the center of L.A.’s film world. He struggled with how to combine art with entertainment, reflection with action, and tradition with revolution.”

Machover says the opera will explore “the pathos, humor and heroism of Schoenberg’s inspiring journey, providing a glimpse of what might have happened if he had reconciled all these opposites.”  The libretto to Schoenberg in Hollywood is written by English theater and film actor, director, and writer (The Ghost Train Tattoo for theater and short-story anthology The Separate Heart) Simon Robson. It is based on a scenario by Braham Murray, who also directs Schoenberg in Hollywood, and who previously directed two other Machover operas, Resurrection (1999) and Skellig (2008).

Tod Machover is especially known for his visionary operas, which frequently incorporate groundbreaking technologies developed by Machover and the MIT Media Lab to expand the expressive potential of performance and staging and to bridge the gap between performers and audience. In addition to Schoenberg in Hollywood, Machover is also the composer of six other operas. VALIS (1987), based on the sci-fi classic by Philip K. Dick and commissioned by the Centre Georges Pompidou in Paris for its tenth anniversary, was called “the first opera of the 21st century” by the Boston Globe. Magicians Penn & Teller premiered Machover’s 1994 opera Media/Medium in Las Vegas. The Brain Opera (1996/8), is an interactive extravaganza that was commissioned for the first Lincoln Center Festival, toured worldwide, and was installed long-term at Vienna’s House of Music, and which allows an onsite and online audience to interact with – and help create -  the opera’s elements in real time. Resurrection - based on Tolstoy’s final novel of the same name -  was commissioned by Houston Grand Opera and premiered there in 1999. Machover’s 2008 opera, Skellig, premiered at the Sage Gateshead (UK), and is based on the bestselling children’s novel by David Almond, who also wrote the libretto. The “robot opera” Death and the Powers premiered in Monaco at the Opéra de Monte-Carlo in 2010 and subsequently debuted in the United States in Chicago and Machover’s hometown, Boston; it was staged in 2014 by Dallas Opera in a production that was recorded for distribution on Blu-ray Disc, and was simulcast worldwide using specially developed technologies to allow viewers to interact with the performance onstage through smartphones, tablets, and other portable electronic devices.

Tod Machover is Muriel R. Cooper Professor of Music and Media at the MIT Media Lab, where he also directs the Opera of the Future group. Called a “musical visionary” by The New York Times and “America’s most wired composer” by The Los Angeles Times, Machover is an influential composer and inventor, praised for creating music that breaks traditional artistic and cultural boundaries and for developing technologies that expand music’s potential for everyone, from celebrated virtuosi to music-lovers of all abilities and backgrounds. Machover’s music has been performed and commissioned by many of the world's most important performers and ensembles, including Lincoln Center for the Performing Arts, the Los Angeles Philharmonic, the Lucerne Festival (where he was 2015 Composer-in-Residence), the Edinburgh International Festival, the Ensemble InterContemporain, the BBC Symphony Orchestra, and the Tokyo String Quartet. He has received numerous prizes and honors, including from the American Academy of Arts and Letters, the Fromm and Koussevitzky Foundations, the National Endowment for the Arts, and the French Culture Ministry, which named him a Chevalier de l'Ordre des Arts et des Lettres.