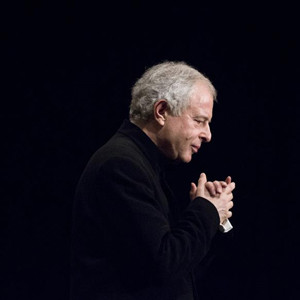 Sir András Schiff has distinguished himself throughout the course of an exceptional international career that has spanned over 40 years.  He is universally esteemed as a pianist, conductor, pedagogue and lecturer. “An undisputed master of the German repertory,” (The New Yorker), Sir András has been focusing his exquisite interpretations of German master composers, featuring works by Schubert, Bach, Brahms, Beethoven, Mozart and Mendelssohn during the past seasons.  Over the past two seasons, Sir András Schiff appeared as both conductor and soloist with the New York Philharmonic, the Chicago, San Francisco, and Seattle Symphony Orchestras.

During his highly anticipated 2019-2020 North American fall tour, Sir András Schiff conducts and plays with the Boston Symphony Orchestra and Orchestre symphonique de Montréal, pairing concerti by Bach, Beethoven and Haydn with Brahms’s Variations on a Theme by Haydn and Bartók’s colorful Dance Suite.   In addition to the orchestral appearances, he is joined by violinist Yuuko Shiokawa for an all-Mozart sonata program at New York’s 92nd Street Y.  The fall tour concludes with a solo recital in Toronto, Canada, featuring a rich and imaginative program of selected works by Beethoven and Schumann.

Since 2004, Sir Andras has performed complete cycles of the 32 Beethoven Sonatas worldwide and recorded the cycle live for ECM Records. As the 2019-2020 season celebrates Beethoven’s 250th anniversary,  Sir András returns to North America in spring 2020 with two thoughtfully selected all-Beethoven recital programs, presenting a musical biography of the composer.

An exclusive ECM recording Artist, his recordings of works by Schubert, Schumann, Janáček, Beethoven and Bach have been released to the highest of critical acclaim. His newest all-Schubert recording, released in April 2019, features on the composer’s two late sonatas, Four Impromptus D899 and Drei Klavierstücke D946.  The Gramophone opined, “In Schubert Schiff has a claim to be considered sovereign among today’s players, carrying forward the reading and interpretation of him into areas that others have not fully explored.”

ALL BEETHOVEN PROGRAM (I)