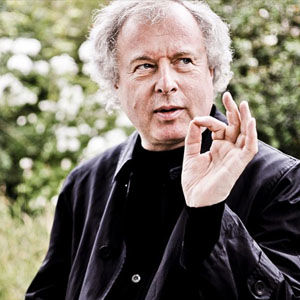 Sir András Schiff has distinguished himself throughout the course of an exceptional international career that has spanned over 40 years.  He is world-renowned and critically acclaimed as a pianist, conductor, pedagogue and lecturer.  After having completed his two-year, multi-city musical odyssey, The Last Sonatas, a project of three recital programs comprising of the three final sonatas of Haydn, Mozart, Schubert and Beethoven, Sir András concluded his All-Schubert project last season. “An undisputed master of the German repertory,” (The New Yorker), Sir András continues to focus his expert interpretations of German master composers, featuring works by Bach, Brahms, Beethoven, Mozart, Schumann and Mendelssohn for his 2017/18 North American tours.

In 2015, the San Francisco Symphony and Los Angeles Philharmonic hosted this versatile artist in a series of concerts with orchestra and chorus – Sir András’s first performances in North America on the podium and at the piano with chorus, orchestra and soloists.  This fall, Sir András appears with the New York Philharmonic and the Chicago Symphony Orchestra, serving as both conductor and soloist.

In recital, Sir András Schiff selects from a wide range of repertoire by such German master composers as the Three “B’s” -Bach, Beethoven and Brahms, as well as Schumann, Mozart and Mendelssohn, alternating between two thoughtfully created programs in New York, Los Angeles, San Francisco, Philadelphia Atlanta, Santa Barbara, St. Paul, Princeton, Chapel Hill, NC, Ottawa and Vancouver.  “Part of what makes Mr. Schiff’s Beethoven so engrossing is that his interpretive approach eludes definition. An artful blend of intuition and analysis has gone into his preparation. Yet the results are constantly surprising.” (The New York Times)