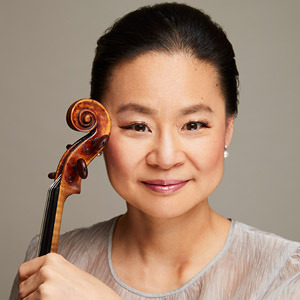 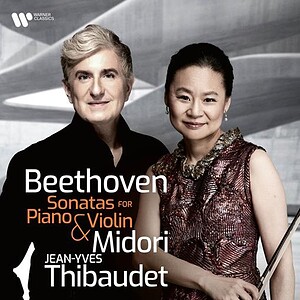 Violinist Midori, a Kennedy Center honoree, continues to celebrate the 40th Anniversary of her professional debut throughout this season. She performs her solo recital tour of Bach's Sonatas and Partitas at Carnegie Hall on February 9 and at seven West Coast dates in February and April. Her new recording, Beethoven's Sonatas for Piano and Violin with pianist Jean-Yves Thibaudet on Warner Classics, is now available on CD in the U.S. following a digital release in November.

SOLO BACH PROJECT at CARNEGIE HALL
On February 9 at 7:30 pm, Midori returns to Carnegie Hall for a solo violin recital of two Bach Sonatas and one Partita, alongside music by Thierry Escaich and John Zorn. The Carnegie concert is part of her national tour of Bach's Six Sonatas and Partitas, which Midori has recorded twice - once in 2013 (Onyx), and again in a 2017 video at Castle Köthen in Germany, where Bach wrote and played these works (Accentus). She returns to the solo Bach repertoire this season, adding works by different contemporary composers at each concert. In addition to the Carnegie Hall concert and a performance earlier this season at the Kennedy Center in Washington, DC, Midori performs seven West Coast solo Bach recitals between February 2 and April 21(details below).

"Bach's sonatas and partitas for solo violin are some of the most beautiful pieces ever written," says Midori. "This is music that invokes compassion and has the capacity to reach the deepest and the most inner core of a person's soul, and it is music that responds to each player’s individuality. For the current program, the juxtaposition of the pinnacle of violin repertoire and the works written in our own time, composed under the influence of Bach, demonstrates the different perspectives on Bach's world and highlights the timelessness of Bach's output."

Over ten sonatas, spanning fifteen years of Beethoven's life, Beethoven Sonatas for Piano & Violin sees longtime friends Midori and Jean-Yves Thibaudet—both of them artists at the height of their careers—skillfully and artfully interpret a series of works that capture the composer's transition from his early period to the middle period. Midori and Jean-Yves Thibaudet had never collaborated with one another until the 2018–19 season, when they toured a recital program of violin sonatas by Enescu, Schumann, Fauré, and Debussy.  The result was a consistent success, and they quickly got to work planning a full tour and recording of Beethoven's violin sonatas in the 2019–20 season, in order to celebrate Beethoven's 250th birthday.

"My journey with Beethoven has been a kind of personal friendship," says Midori.  "Beethoven, who lived a life of struggles, including self-doubts, was never deterred, writing music of incredible beauty and hopefulness. He shows me – shows us – a path through our own challenges. Don't be passive, never give up, be honest and daring by expressing oneself." She continues, "He speaks to me as a companion, reminding me to always strive and stretch, through the good times and bad."