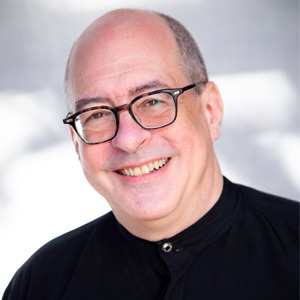 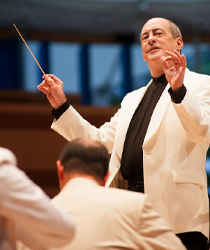 Robert Spano is known worldwide for the depth and intensity of his artistry, as well as his unique communicative abilities.  Completing his 13th season as music director of the Atlanta Symphony Orchestra, Mr. Spano is not only one of the most imaginative conductors today, but also a conductor who remains consistently unassuming with a spring in his step, a quick throaty laugh and an ability to share his enthusiasm for music with an entire community and concert hall. He has quietly been responsible for nurturing the careers of numerous classically trained composers and conductors and is most comfortable when he is standing just short of the limelight while making sure it is focused on the music and the musicians involved.

The Atlanta Symphony Orchestra and Chorus with Spano at the helm recently accomplished a major triumph in closing Carnegie Hall’s Britten Centennial with a riveting performance of Britten’s War Requiem, described byThe New York Times as “unusual for a Carnegie Hall festival to conclude after a five-month lag. But the gripping, organic and sensitive performance Mr. Spano led was worth the wait. The Atlanta Symphony played with rich, varied colorings and incisive control for Mr. Spano, now in his 13th season as music director.” The concert performance as well as an in depth intermission interview with Spano can be heard by clicking here.

The Atlanta Symphony Orchestra and Chorus complete the 2013-2014 season June 5, 7 and 8 with three performances of Aida, led by Spano supported by a stellar cast featuring Latonia Moore,Michelle DeYoung, Stuart Neil and Gordon Hawkins. Additional information and tickets are available here.

Spano immediately heads to the Ojai Music Festival to prepare the much anticipated opera The Classical Style written bySteven Stucky and Jeremy Denk and based upon the book of the same name by the late Charles Rosen.  When the score arrived in the mail, he immediately sat down at the piano to play through the opera while singing along.  Working his way through the score proved nearly impossible, as he noted he had to stop at regular intervals simply because he was laughing so hard. Look for this production in Ojai on June 13, Ojai North on June 19 and 20 and in Carnegie Hall’s Zankel Hall December 4.  In addition to conducting The Classical Style in Ojai, Spano participates in a June 14 late night performance of J.S. Bach’s Sonata No. 3 in C Major, BWV 1005 and Morton Feldman’s rarely heard Rothko Chapel.

Spano’s 2014 Aspen Festival season includes his typical schedule as Music Director of the Aspen Music Festival and School, overseeing the programming of more than 300 events and educational programs for 630 students, including Aspen’s American Academy of Conducting as well as leading eight Festival concerts on the podium and numerous others from the piano or on the podium in the Benedict Tent and Harris Concert Hall.  He particularly looks forward to premiering his cycle of five songs with soprano Susanna Phillips.  The full Aspen schedule, which focuses on Romanticism in music, can be accessed here.

In addition to Maestro Spano’s full season with the Atlanta Symphony Orchestra, he looks forward to conductingThe Magic Flute for Houston Grand Opera and a Higdon/Chopin program with the Houston Symphony.  Conducting engagements with symphony orchestras in Milwaukee, Philadelphia, Helsinki, Copenhagen, Kuala Lumpur and Hong Kong are offset by Spano’s passion for education on tour with the Curtis Institute of Music Orchestra, work at Mercer College and Emory University and a New England Conservatory Philharmonic engagement in Boston.  The Atlanta 2014-2015 Season closes with a sumptuous production of Saint-Saens' Samson et Dalilah featuring the brilliant Stephanie Blythe in the title role.