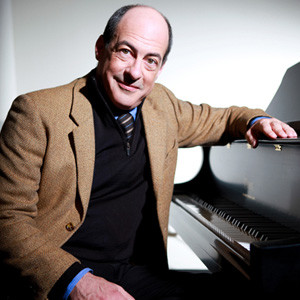 The coming season marks Robert Spano’s Metropolitan Opera conducting debut, with the US Premiere of Nico Muhly’s new opera, Marnie. Based on the Winston Graham novel, which was later adapted as a screenplay for the film of the same name by Alfred Hitchcock, Marnie is sung by an outstanding cast comprised of some of today’s most celebrated voices, including the mezzo-soprano Isabel Leonard in the title role.  Opening on October 19, Spano will conduct the seven performances in total, with the closing night performance on November 10 aired live in HD.

Spano’s regular conducting duties with the Atlanta Symphony Orchestra are a reflection of his ardent commitment to programming a diverse, thoughtful range of orchestral works, continuing to build an engaged musical community of artists and audiences experiencing timeless music of the classical canon alongside compelling new commissions.  The 2018-19 season features the world premiere of Atlanta-based composer Richard Prior’s Symphony No. 4, commissioned by the Atlanta Symphony Orchestra, as well as ASO premieres of the Viola Concerto by Atlanta School of Composers alumna Jennifer Higdon, and City of Ghosts by Alex Turley which Spano conducted in 2016 in Melbourne, Australia.  Additionally, Spano appears as guest conductor of several of the great national and international orchestras, including the San Diego, Fort Worth, and Nashville Symphonies, the Royal Liverpool and Hangzhou Philharmonics.  The conductor will welcome collaborations with many highly acclaimed soloists such as pianists Jeremy Denk, Kiril Gerstein, Louie Lortie, Jorge Federico Osorio and Wu Han, violinist Daniel Hope, violist Roberto Diaz, cellists David Finkel and Johannes Moser, sopranos Jessica Rivera and Elizabeth Atherton, bass-baritone Shenyang, among others.

To close the ASO’s 2018-19 season, the two-year “LB/LB” celebration honoring Leonard Bernstein and Ludwig van Beethoven, and Spano’s penultimate season as Atlanta Symphony Orchestra’s Music Director, a complete production of Beethoven’s Fidelio will be staged with the world-renowned ASO Chorus and star soprano Christine Goerke in the role of Lenore.

Conductor, pianist, composer and mentor Robert Spano is known worldwide for the depth and intensity of his artistry as well as his unique communicative abilities. As Music Director of both the Atlanta Symphony Orchestra and Aspen Music Festival and School, Robert Spano’s dedication to American living composers, education and outreach spreads across the nation. Under Maestro Spano’s guidance, the ASO and audiences explore an exciting mix of innovative programming. The Atlanta School of Composers reflects his commitment to American contemporary music, thus defining a new generation of American composers. Spano has consistently championed works which have spurred his growth as one of the most inspired American purveyors of classical music